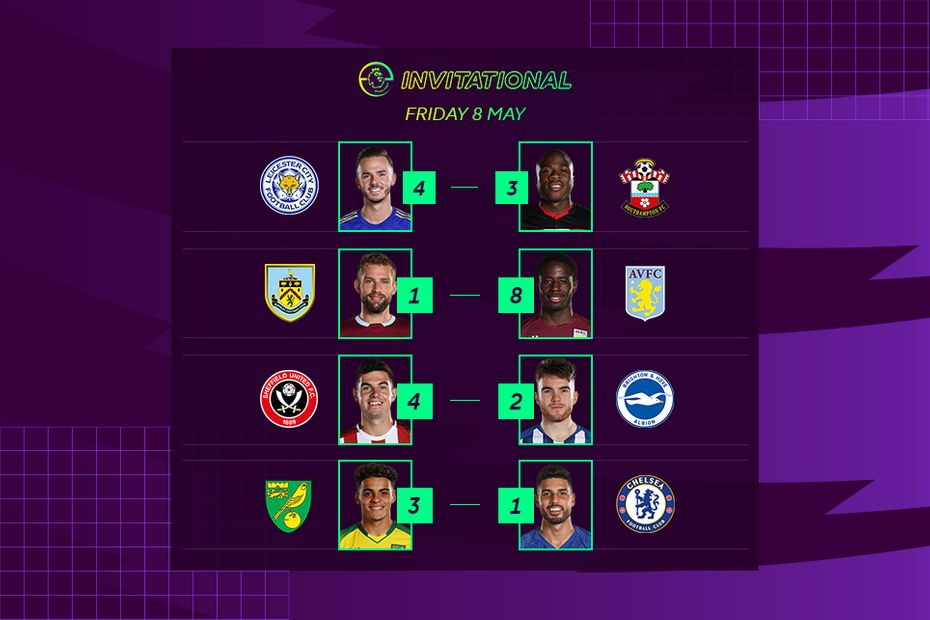 The line-up for Finals Day of the ePremier League Invitational is set after a massive 26 goals were scored in Friday's EA SPORTS FIFA 20 quarter-finals.

Aston Villa striker Keinan Davis starred as he scored twice with his own in-game character, beating Burnley's Charlie Taylor 8-1 to set up a semi-final tie with Leicester City's James Maddison.

Earlier in the day, Maddison claimed an epic 4-3 golden goal victory over Southampton forward Michael Obafemi. The Leicester midfielder netted the decisive goal with his own character after the regular 90 minutes finished level.

Sheffield United defender John Egan will come up against Norwich City right-back Max Aarons in the other semi-final.

The semi-finals and final will both take place on Saturday, when the winner of the second edition of the ePL Invitational will be crowned.