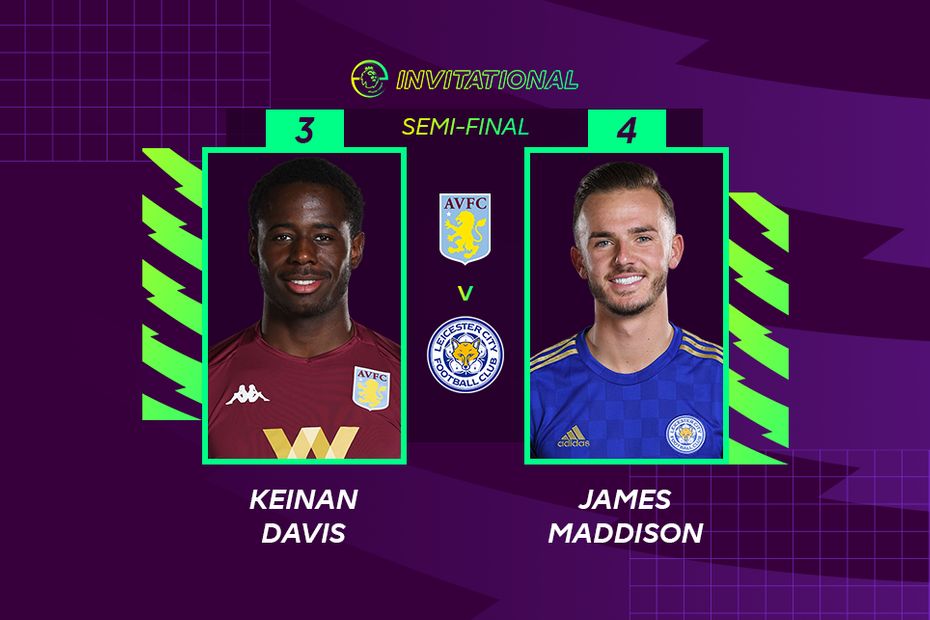 Davis took the lead midway through the first half, maintaining his record of scoring in every round with his own character, but Maddison equalised through Jamie Vardy on the stroke of half-time.

The Villa forward again went ahead thanks to his own player, and a Jack Grealish goal put him 3-1 up with nine minutes left.

But Maddison halved the deficit with his own character and then levelled through Wilfred Ndidi in stoppage time. He went on to score a decisive goal with Vardy in the opening four minutes of the golden-goal match.

It was a case of deja vu for the Leicester midfielder, who had also overcome a two-goal deficit and won his quarter-final on golden goal, against Southampton's Michael Obafemi.