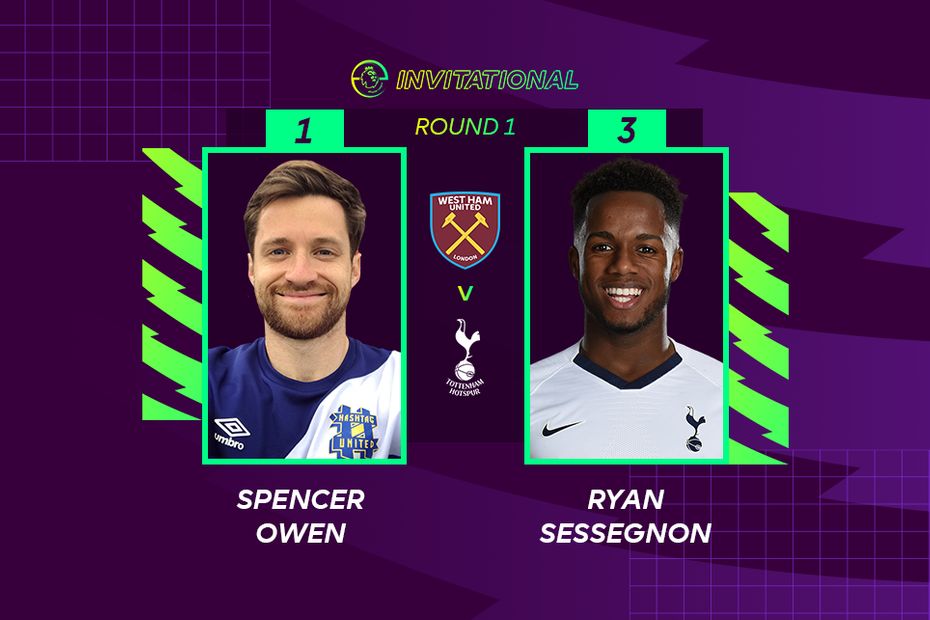 Sessegnon took the lead in the opening EA SPORTS FIFA 20 match through Harry Kane, only for YouTuber and West Ham supporter Owen to level on the stroke of half-time through Manuel Lanzini.

A second for Kane restored Sessegnon's advantage before a Son Heung-min strike made it 3-1, setting up a last-16 tie with Norwich City's Max Aarons on Thursday.

"Part of me wants him to win the whole thing because it means I lost to the winner!" Owen said after being knocked out.

"But if he does then I'll feel like I should have won the whole thing, because I just battered him for 90 minutes! And, secondly, it's Spurs!"