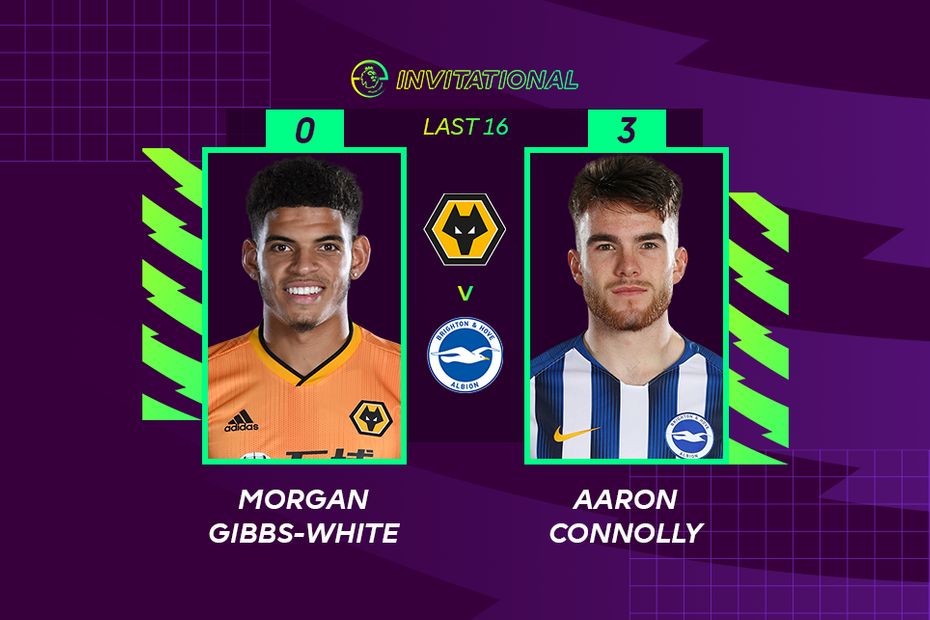 Aaron Connolly progressed to the quarter-finals of the ePremier League Invitational as he beat Morgan Gibbs-White 3-0 to knock out reigning champions Wolverhampton Wanderers.

A fine early strike from Glenn Murray put the Brighton & Hove Albion forward in front and Connolly soon doubled his lead with an effort from his own in-game character, whom he also captained.

Connolly continued to dominate after half-time and a second goal of the match from Murray late on sealed the victory.

Connolly will discover the winner of that tie on Thursday but revealed that, no matter his opponent, he will again captain himself in the next round as he looks for a lucky charm.

“It was a good result and I am just looking forward to the rest of the tournament," said Connolly.

“I have started captaining myself, so it’s something I might as well continue!"