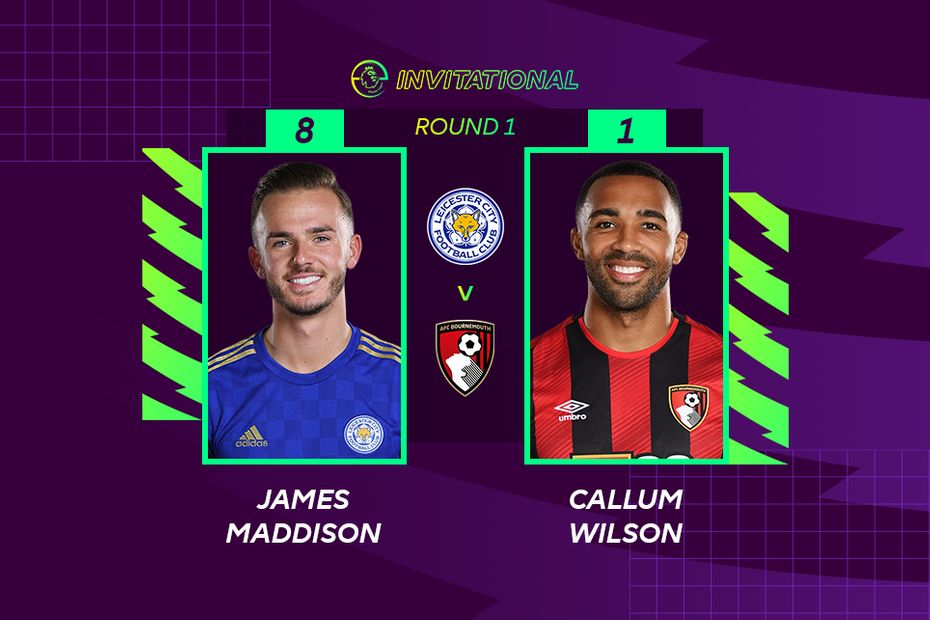 Maddison: I'm the King of Coventry, not Wilson!

Leicester City's James Maddison booked his place in the last 16 of the second ePremier League Invitational tournament with an 8-1 win over AFC Bournemouth striker Callum Wilson.

Maddison was 4-0 up at half-time on EA SPORTS FIFA 20 thanks to a Kelechi Iheanacho hat-trick and an emphatic finish from his own in-game character.

Iheanacho netted his fourth after the break before Maddison added his second to score Leicester's sixth.

Jamie Vardy got in on the act late on, scoring twice before Wilson grabbed a late consolation through Joshua King.

Maddison and Wilson were both born in Coventry and the former was delighted to have secured bragging rights between the pair.

"I love Callum, he’s like my big brother," he said. "But there’s only one king of Coventry!”

Maddison was back in action later on Thursday, when he earned a 3-2 win over Crystal Palace midfielder Max Meyer in the last 16.