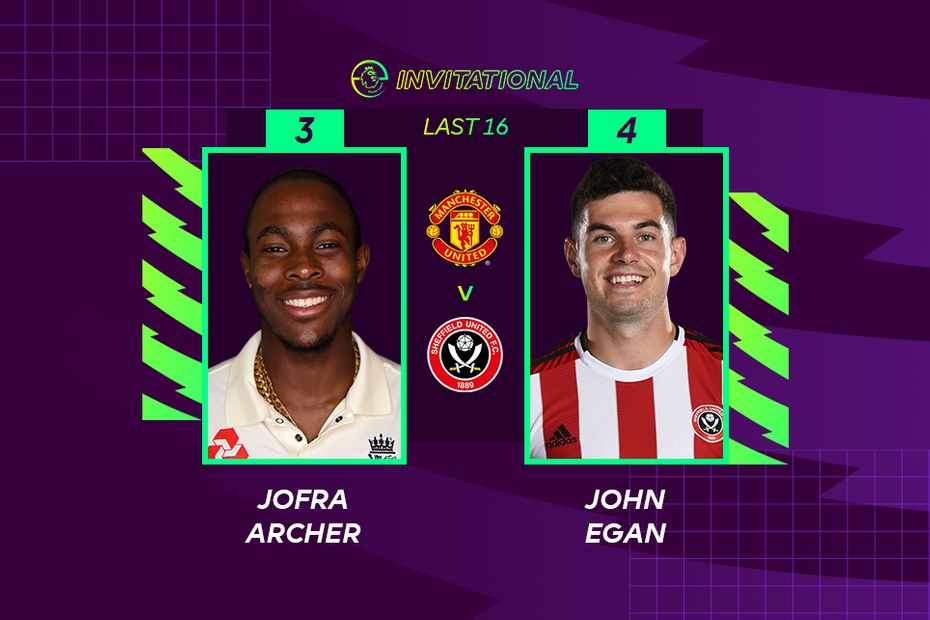 David McGoldrick then put Sheffield United 2-1 up shortly before half-time with a fine finish past David De Gea.

Archer responded with second-half goals by Anthony Martial and Bruno Fernandes to go back in front but Egan made it 3-3 when Oliver Norwood swept in.

And in a frantic finale, McGoldrick netted a superb second on 89 minutes before Archer came within inches of forcing the match to golden goal as he hit the crossbar.

After the match a dejected Archer said he hoped Egan would now go on to win the tournament.

“Yeah, he better win it. I didn’t just lose for nothing!” Archer joked.

“I’m looking forward to it but I can tell he’s going to be good,” Egan admitted.