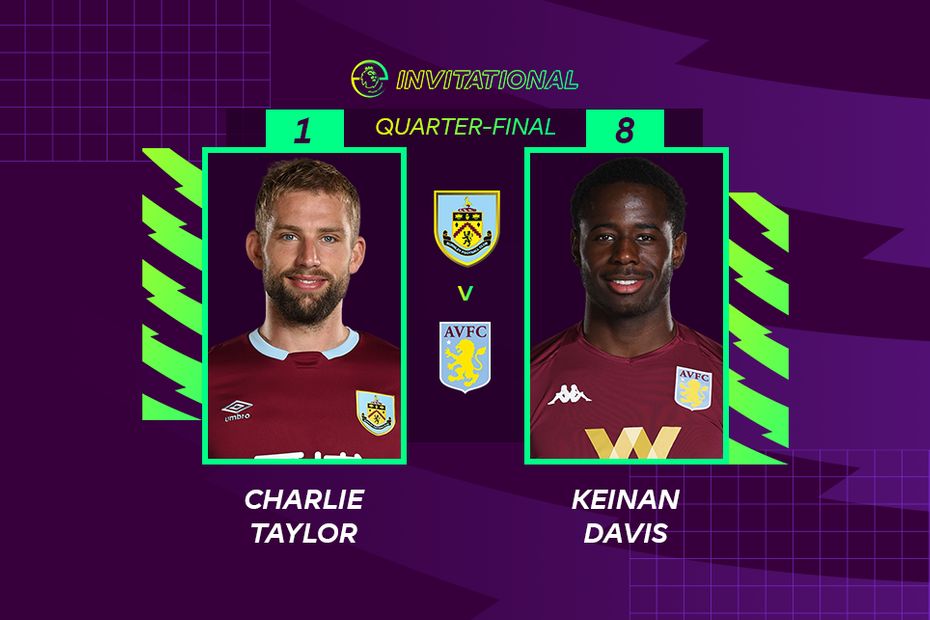 Aston Villa's Keinan Davis advanced to the semi-finals of the ePremier League Invitational after a dominant 8-1 win over Burnley's Charlie Taylor.

Davis took an early lead with a strike from his own in-game character and then extended his advantage further thanks to a brace from Jack Grealish and an effort from John McGinn.

After the break Taylor pulled a goal back when Chris Wood fired beyond Pepe Reina, but Trezeguet struck before Davis added his second goal of the match.

Davis will now face James Maddison in Friday's semi-final after the Leicester City midfielder came from 2-0 down to earn a 4-3 golden goal victory over Southampton's Michael Obafemi.

Maddison has been using mind games in his matches so far but Davis said he will not allow his next opponent to throw him off his game.

“No I am just going to focus on myself and get the win," he said.