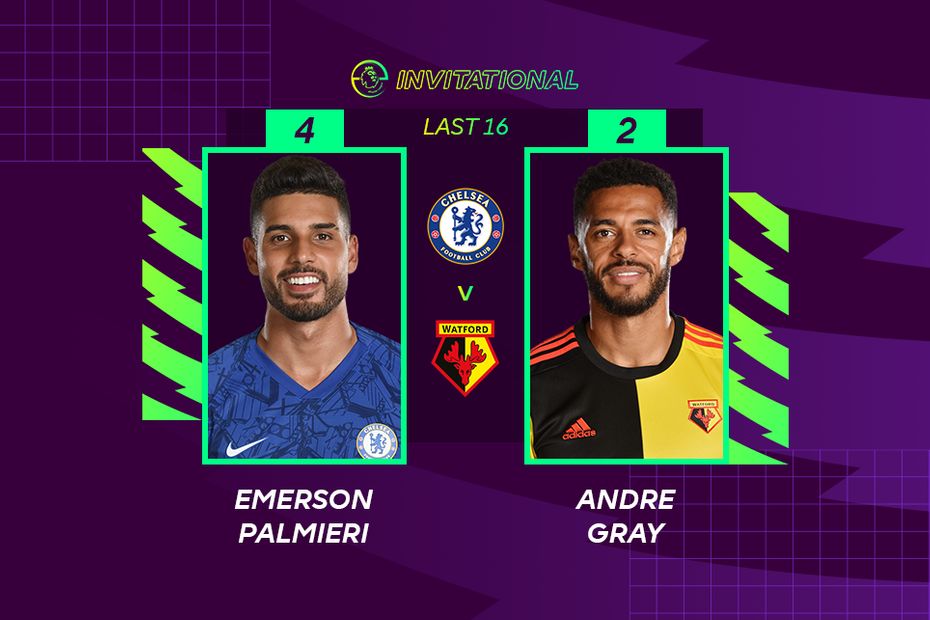 It was Gray who took an early lead when he netted with his in-game player, but Emerson levelled through a solo goal by Olivier Giroud.

The Chelsea left-back went 2-1 ahead early in the second half, when a foul by Christian Kabasele allowed Jorginho to convert the first penalty of the tournament.

Mateo Kovacic scored a third for Chelsea and despite Troy Deeney pulling a goal back, Emerson restored his two-goal advantage through Willian.

Having been frustrated by a number of fine saves from Kepa Arrizabalaga in the Chelsea goal, Gray rued his missed opportunities.

“I'm frustrated - I think their goalkeeper was man of the match!" Gray said.

“I missed that chance and they went up the other end and scored. Goals win games and you need to take those chances."