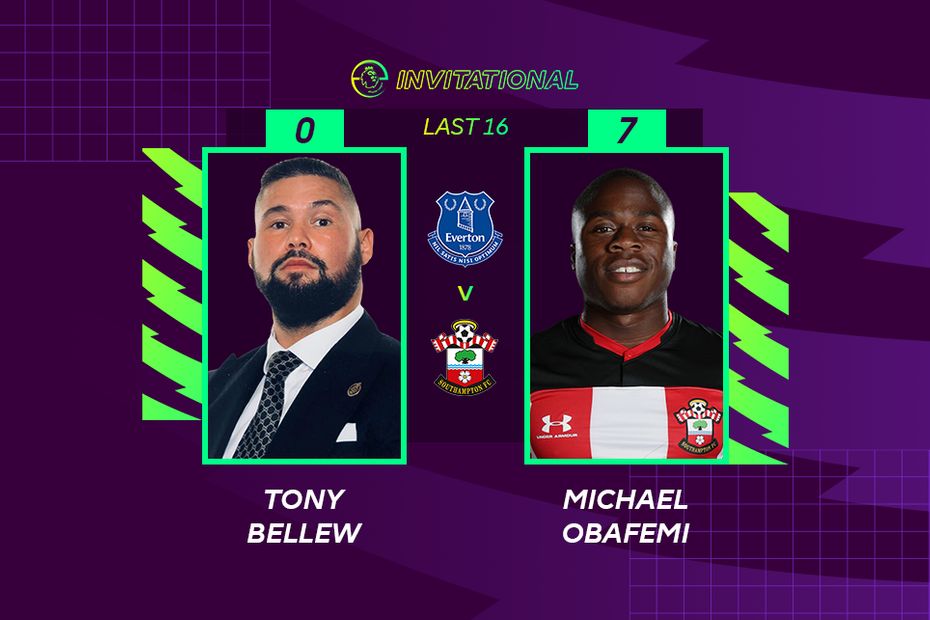 Southampton's Michael Obafemi scored five goals with his in-game player to book his place in the last eight of the second ePremier League Invitational tournament with a 7-0 win over Everton, represented by former boxer Tony Bellew.

Obafemi took just 17 minutes of the FIFA 20 match to complete a hat-trick with himself as Southampton went into the break 5-0 up, with Danny Ings also scoring.

Although Bellew, the former WBC crusierweight champion, looked more dangerous in the second half, he conceded twice more as Obafemi and Ings sealed the Saints win that knocked him out of ePL.

After his loss, Bellew admitted Obafemi could go on to win the whole tournament.

“The only thing that is going to keep me sane is that I have probably just lost to the winner,” said Bellew.

“At least there is no shame in losing to the champion.”