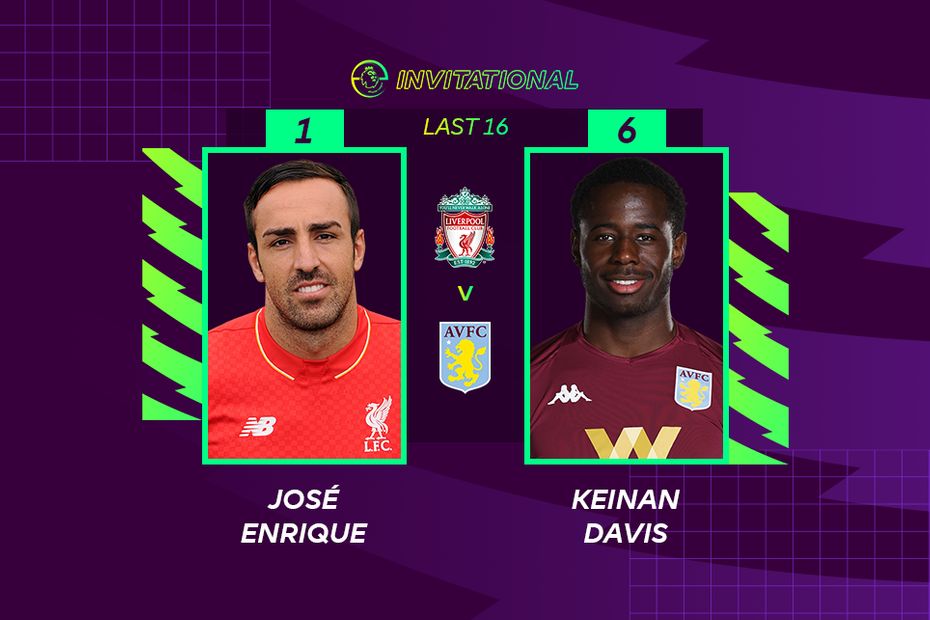 Aston Villa's Keinan Davis netted a hat-trick with the in-game character of John McGinn as he earned a 6-1 win over former Liverpool defender Jose Enrique to reach the quarter-finals of the ePremier League Invitational.

Davis took an early lead thanks to a brilliant strike from McGinn, who was knocked out in the first round as Aston Villa's representative in the inaugural ePL Invitational last month.

Enrique levelled with Roberto Firmino, but on the stroke of half-time Davis went back in front thanks to a brace from Jack Grealish.

In the second half, Davis struck with his own character before McGinn completed his hat-trick with two late goals.

He said after his victory that playing down his chances pre-match worked out well.

“My gameplan was to not put pressure on myself so Jose thought I am not that good!"