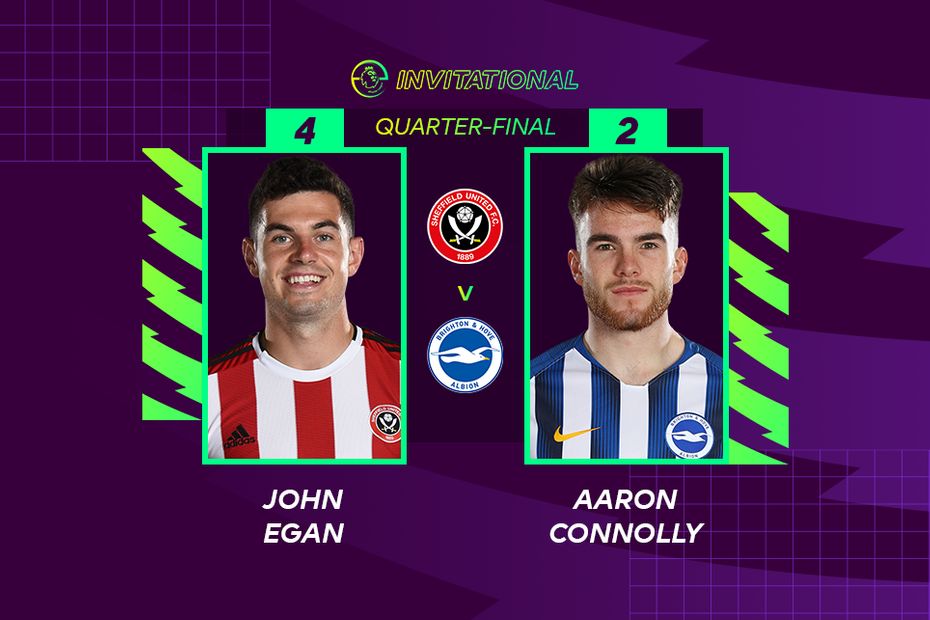 Connolly had a great chance to go ahead against his Republic of Ireland international team-mate but fired a penalty over the crossbar with his own in-game character.

Egan made it 1-0 to Sheffield United with a low strike from Oliver Norwood but Connolly turned it around as he equalised with Aaron Mooy and then netted with himself.

Egan will on Saturday face Norwich City's Max Aarons, who beat Chelsea's Emerson in the day's final quarter-final, and Connolly hopes his victor can go on to win the tournament.