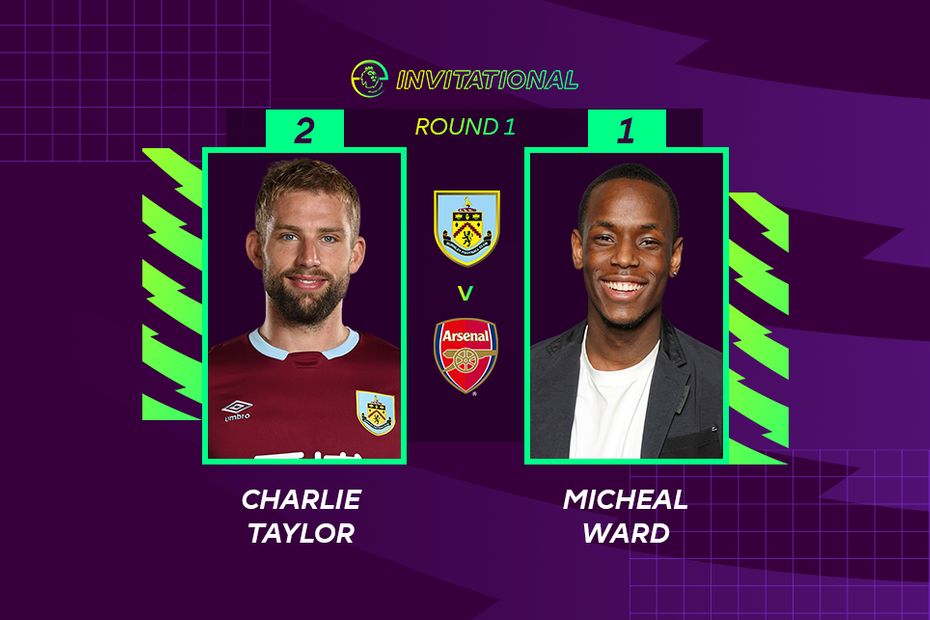 Charlie Taylor held off a strong challenge by Top Boy actor Micheal Ward to give Burnley a 2-1 win against Arsenal in the second edition of the ePremier League Invitational.

Taylor went in front with a Chris Wood goal but Ward hit back through a Alexandre Lacazette strike just before half-time.

Jay Rodriguez tapped in after Wood's initial effort was saved to put Taylor ahead for a second time and the Burnley left-back held on to set up a last-16 meeting with Manchester City's Phil Foden on Thursday.

Ward, while proud to represent his beloved Arsenal, shared his disappointment at falling at the first hurdle.

"I feel like I've let down the whole of the Arsenal community," he said. "I don't even want to look at my phone right now!"