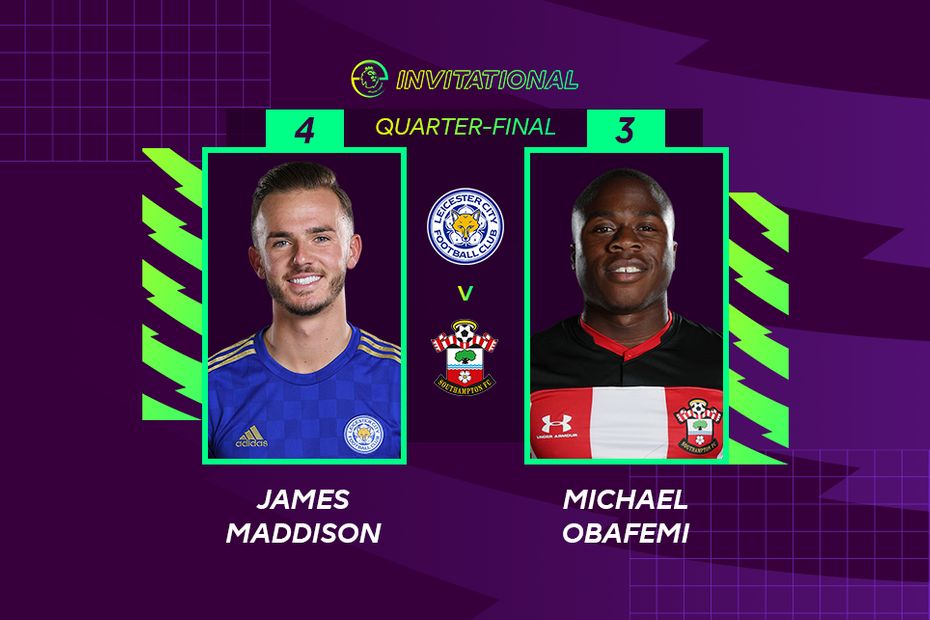 Maddison: I hope the 9-0 doesn't get in Obafemi's head!
Maddison celebrates as he reaches ePL semi-finals
Maddison: I'm the King of Coventry, not Wilson!

James Maddison became the first player to qualify for the semi-finals of the ePremier League Invitational, thanks to a thrilling 4-3 golden goal victory over Southampton's Michael Obafemi.

Obafemi took a 2-0 lead after goals from his own in-game character and Pierre-Emile Hojbjerg, but on the stroke of half-time Maddison hit back through Jamie Vardy.

After the break, the Leicester City midfielder levelled with his in-game player and then went in front for the first time through Kelechi Iheanacho.

But Obafemi responded to make it 3-3 with a clinical strike from Danny Ings.

The two teams were level after 90 minutes so it went to golden goal, with Maddison advancing in dramatic fashion with a second strike from himself.

He will face Keinan Davis at the semi-final stage, after the Aston Villa striker claimed a stunning 8-1 success against Burnley left-back Charlie Taylor.

Before the match Maddison tried to put off his opponent by reminding him of Leicester’s record-breaking 9-0 win at St Mary's Stadium in October.

“I hope the 9-0 in real life is not getting in his head at all!" Maddison said.

“Jose Mourinho won the Premier League off the back of mind games so that was definitely a big thing!"