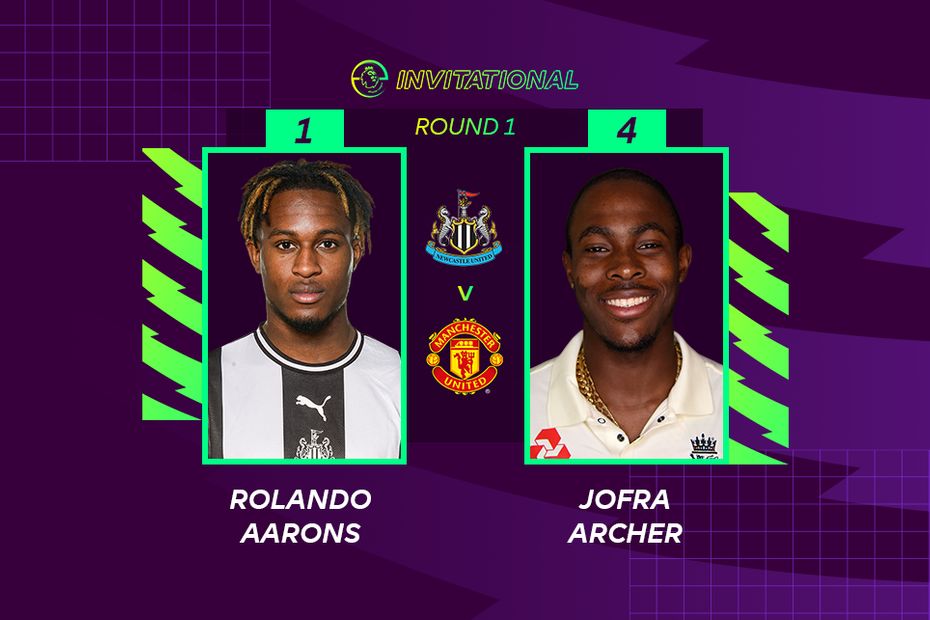 Archer opened the scoring with a fine strike by Anthony Martial before Aarons equalised just before half-time as Dwight Gayle tucked in a rebound.

Nemanja Matic struck early in the second half to put Archer back in front and further goals by Marcus Rashford and Martial sealed a comprehensive win.

He will now face Sheffield United's John Egan in the last 16 on Thursday.

Archer famously bowled the Super Over in England's World Cup win and after his FIFA 20 triumph he revealed that he again backed himself to hold his nerve - just like he did in real life last year!

"I wouldn't say I was nervy!" Archer said.

"I could tell he likes to stand back when he has the football and I'm a really attacking player so I fancied myself to win."