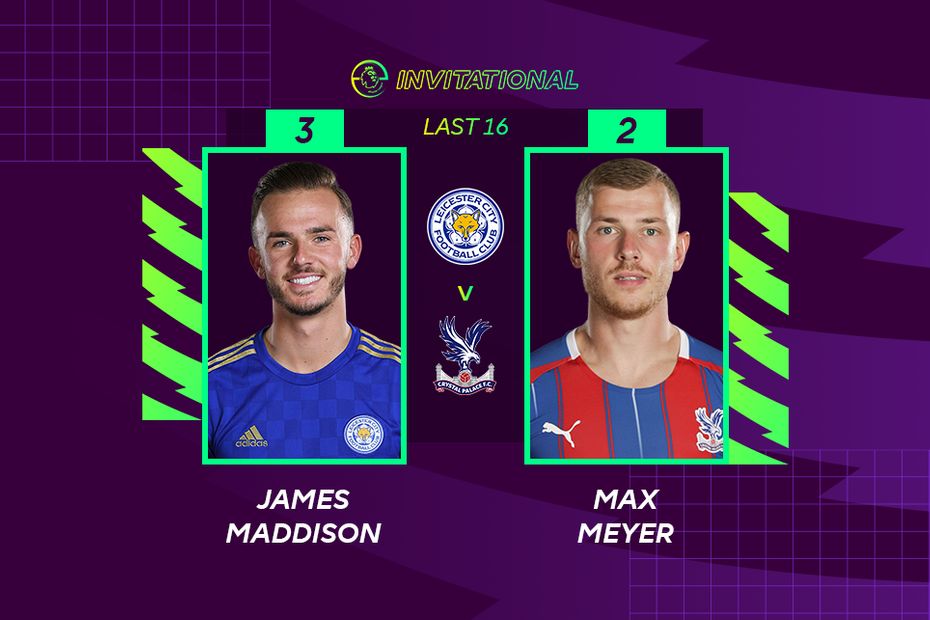 Maddison fell behind to a clever free-kick goal by Andros Townsend but levelled the EA SPORTS FIFA 20 match with a superb team effort finished by Jamie Vardy.

The Leicester City midfielder then passed up the chance to go ahead as he stepped up to take a penalty with his own in-game character, only to be denied by Vicente Guaita.

Meyer took advantage when Wilfried Zaha swept in but Maddison levelled for a second time through a clinical Barnes strike.

Perez's close-range winner put the Foxes into the last eight where Maddison will meet Southampton's Michael Obafemi on Friday.

Maddison believes he'll be in for another testing contest against Obafemi, who defeated former boxer Tony Bellew in the last 16.

“He’s obviously going to be good but I can’t imagine Tony Bellew spends a lot of time on FIFA!” Maddison joked.

“I reckon he’ll be a good opponent and another tough game.”