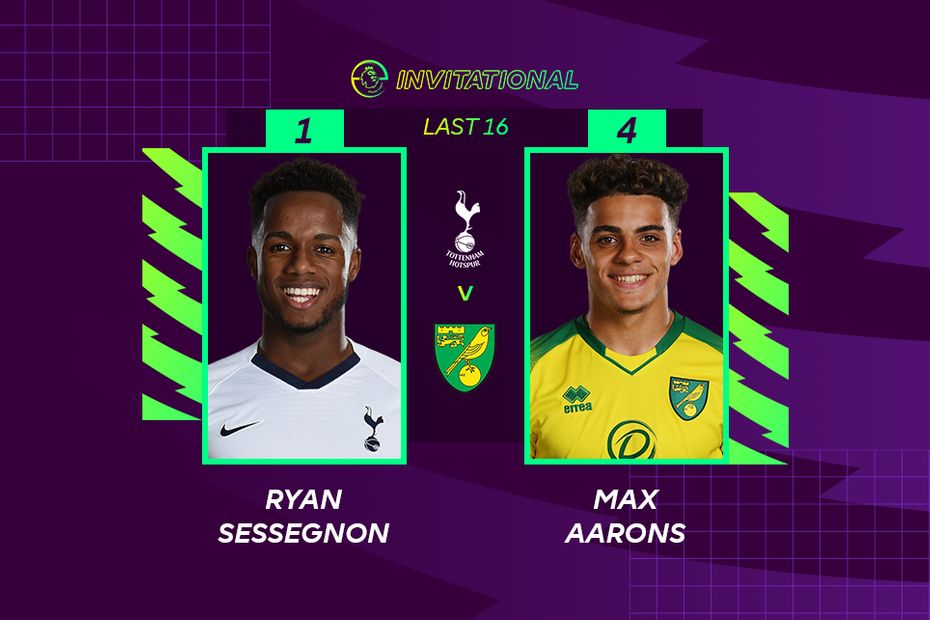 Onel Hernandez put the Canaries in front on EA SPORTS FIFA 20 before a slick counter-attack ended with Teemu Pukki tapping into an empty net to double Aarons' advantage.

It was 3-0 before the break as Hernandez scored his second.

Sessegnon pulled a goal back through Harry Kane but any hopes of a comeback were dashed when Emiliano Buendia restored the Norwich right-back's three-goal lead.

Following the win, Aarons revealed he didn’t watch Emerson’s 4-2 triumph over Watford’s Andre Gray in the last 16 but the victory over Sessegnon has given him plenty of belief.

“I didn’t see any of that game,” Aarons said.

“I don’t know how good he is as a player. If I’ve just beaten Sess, who’s a good player, I’m taking that confidence into the next game.”