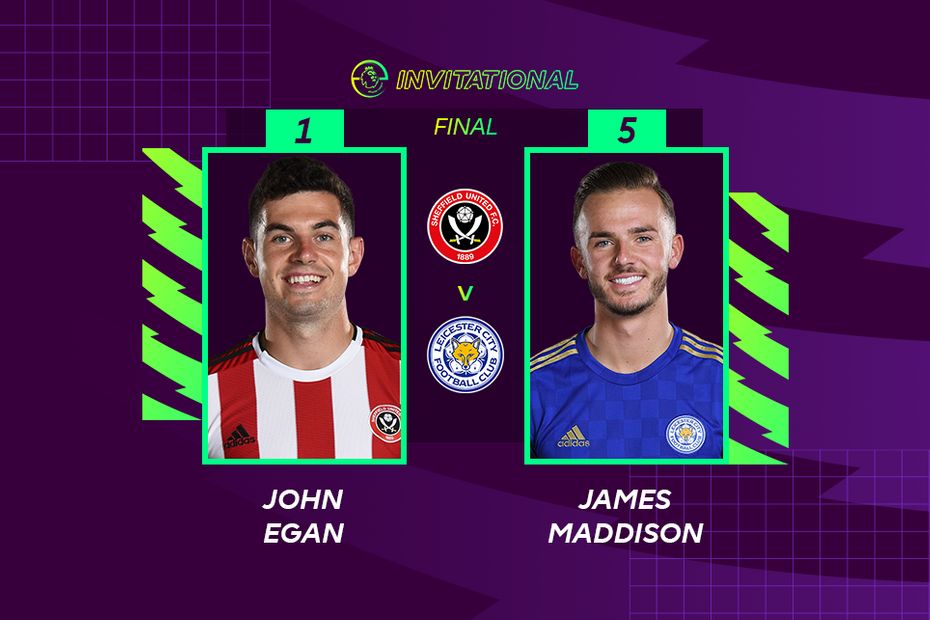 ePremier League Glory For Maddison! External Link
Maddison: Winning ePL was for you, Leicester fans
'Who else?!' Vardy stars as Maddison beats Egan in ePL final

Leicester City's James Maddison is the ePremier League Invitational champion, beating Sheffield United's John Egan 5-1 in the final of the second edition of the tournament.

The Foxes midfielder made a dream start in the climax of the EA SPORTS FIFA 20 competition, going 2-0 up in the opening 25 minutes with a brace from Jamie Vardy, who scored in every round of the competition for him.

Maddison doubled his advantage in the second half, with Kelechi Iheanacho netting both goals, and added the icing on the cake by scoring with his own character.

Egan got a late consolation goal through John Fleck.

See: Maddison: Winning ePL was for you, Leicester fans

The Leicester playmaker only got to the FIFA 20 final after an extraordinary semi-final against Keinan Davis.

Aston Villa striker Davis took a 3-1 lead, before Maddison fought back with two late goals to force a second match that was decided by a golden goal by Vardy.

Egan reached the final after a tense 2-1 victory over Norwich City’s Max Aarons.