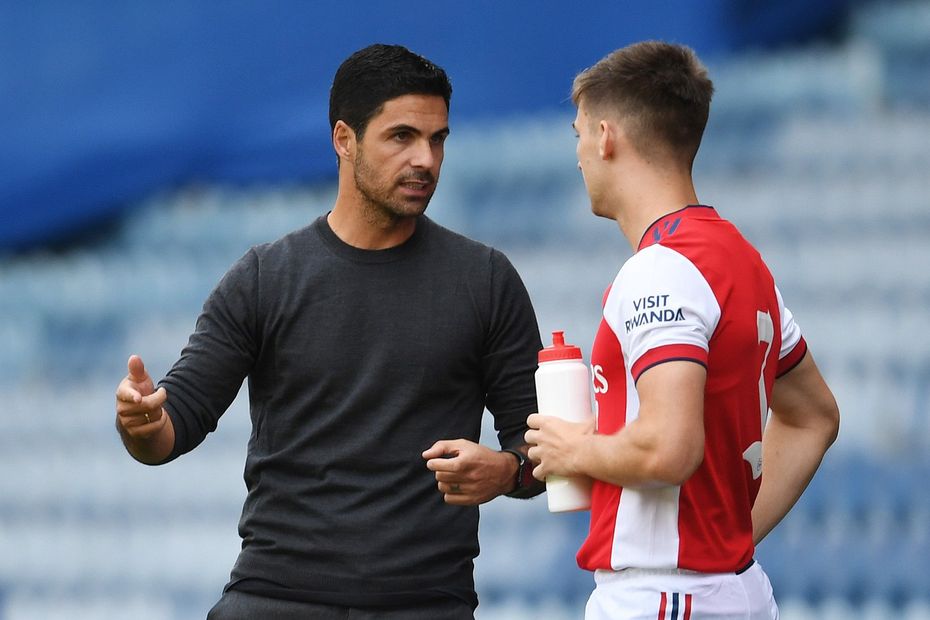 For Fantasy Premier League managers, a strong start is crucial.

A big Gameweek 1 score can lay the foundations for an enjoyable season at the top of mini-leagues, while tripping at the first hurdle can leave you frustratedly fighting your way back through the pack.

With that in mind, managers will be assessing the first round of fixtures with interest. But FPL expert Sam Bonfield says it is important not to lose sight of the bigger picture.

“The seasons where I've had my best overall rank have been the ones where I've planned for the first five, six or even seven Gameweeks to make sure my transfers are kind of in my head and I've got a team that’s going to perform beyond Gameweek 1,” she says.

“That's going to allow you to hold those all-important Wildcards for a little bit later on in the season, when we really get a feel of those [players] who have hit the ground running and are in good form.”

“The secret to making a good start in FPL is just not to panic,” she says. “Don't take massive amounts of hits in those early Gameweeks. Stick to the plan.”

Utkarsh Dalmia agrees that it is unwise to overreact to a performance in a single Gameweek, and tries to avoid the same dangers when picking players early on.

“The main advice would be to pick 'nailed' players,” he says. “There's often shiny new toys that deliver big scores one week, but one bad performance and they might be out of the team. So pick players who are nailed on to start every week.

“Over 10 years of playing FPL, I've become more risk-averse as a manager. I used to take a lot more punts on differentials early on.”

For 2016/17 FPL champion Ben Crabtree, the secret is to target budget players who appear underpriced.

“My secret to beating mini-league rivals is to look for value early on,” he says.

“If you can find value in the cheaper players who you think will score a lot of points, it will save you money to buy the bigger hitters who are guaranteed to get more points.”