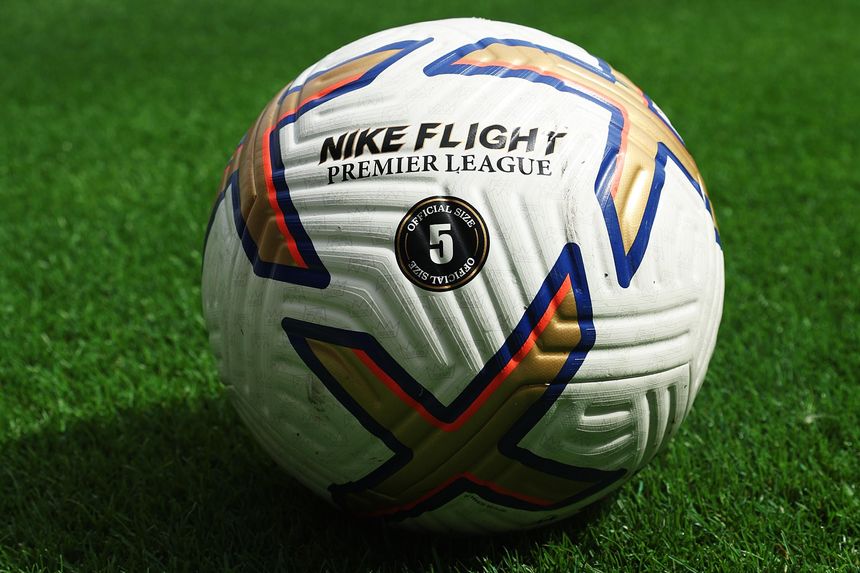 The Premier League Rule Book, contained within the Handbook (Download: Premier League Handbook; PDF 15.7MB), serves as a contract between the League, the Member Clubs and one another, defining the structure and running of the competition.

At the Premier League's AGM in June 2022, an Owners' Charter was agreed by Clubs. The Owners and Directors of the Member Clubs are custodians of those organisations and will uphold the spirit of the Charter's commitments.

The Premier League Board

The Premier League Board currently comprises a Chair, two Independent Non-Executive Directors, and the Chief Executive.

Under the terms of the Premier League’s Articles of Association, the Board is empowered to (among other things):

Alison has been Chair of the Premier League since 3 January 2023. Alison is a highly versatile business leader and general manager, who brings considerable experience of operating in consumer-facing service environments. She has over 25 years’ senior management experience in major ﬁnancial institutions, most recently as Chief Executive and a Director of Whitbread PLC.

Alison was previously with Lloyds Banking Group (Group Director, Retail Division) and Santander UK PLC (Executive Director, Retail Distribution), where she was also a board director, and served as a Non Executive Board Director for Marks & Spencer Group PLC. She previously held senior roles at Barclays Bank, has been a member of the UK Prime Minister's Advisory Council, was named 'Business Woman of the Year 2017' in the Veuve Clicquot awards and was awarded a CBE in the 2019 UK New Year Honours list.

Alongside her role as Chair of the Premier League, Alison holds Non-Executive Director positions at Dunelm and Experian.

Mai was previously the Chief Strategy and Commercial Officer at Sky, responsible for leading strategy and Sky’s commercial partnerships across the group.

During her almost 20 years at Sky, she was a key player in the growth and diversification of the business and also led the bidding process for three Premier League rights terms.

Since leaving Sky, Mai sits on the boards of ASOS, BBC Commercial, Nationwide Building Society and Roku. Mai also chairs the Premier League’s Remuneration Committee. Mai is a champion of diversity and is passionate about helping women succeed in senior management and board positions.

Dharmash is an experienced technology venture capitalist, entrepreneur and Non-Executive Director. He started his career at Proctor & Gamble before moving to The Boston Consulting Group.

Dharmash then spent eight years in media as Group Managing Director of EMAP Consumer Media and EMAP Performance, the consumer divisions of Emap PLC. He subsequently co-led the delisting and sale of Emap PLC from the FTSE 100 in 2008.

Since 2008, Dharmash has been a technology venture capitalist - as a Partner at Balderton Capital and subsequently setting up the London office of Lakestar. Leading investments such as Revolut, Glovo, Infarm, Blockchain.com and LoveFilm and co-founding Blow LTD, which was

sold to Holland & Barret in 2021. He was previously a Non-Executive Director at the BBC, British Business Bank, Hargreaves Lansdown PLC and Dixons PLC. He currently sits on the Boards of Hamla plc and Rathbones plc. Dharmash also chairs the Premier League’s Audit & Finance Committee and Nominations Committee.

Richard was appointed Premier League Chief Executive in December 2019 having held the post on an interim basis for a year. He joined the Premier League as Director of Sales and Marketing in 2006 and was later appointed its Managing Director in 2015.

As Chief Executive, Richard oversees all elements of the Premier League’s operations and commercial enterprises and is responsible for the continuing success of the world’s most watched football league.

Richard chairs both the Premier League’s Broadcast and Strategic Advisory Groups, which enable the League, together with its clubs, to discuss strategic and growth opportunities, as well as media rights strategies and proposals. Richard is also a member of the Premier League Charitable Fund.

Prior to joining the Premier League, Richard was Commercial Director at the EFL and before that held roles at the World Sports Group and the England and Wales Cricket Board.

The Premier League Board (the ‘Board’) is committed to excellent governance standards, which are central to the effective running of the Company and the following information outlines its governance principles.

Since the Company undertook a full governance review (which was completed in 2021) it has adopted the Wates Corporate Governance Principles for Large Private Companies (the "Wates Principles"). The Wates Principles are voluntary and provide a framework for the Board to monitor corporate governance of the Company and determine where governance standards can be raised to a higher level across the business.

We believe that their adoption supports better engagement with our stakeholder base and ultimately helps to build trust with our clubs, colleagues, partners and supporters. The governance framework also provides the right environment for the Board to continue to make high quality and resilient decisions for the long-term success of the Premier League. Since their adoption, regular updates tracking the Company’s progress against the Wates Principles have been provided to the Board.

The Premier League head office is based in central London. The organisation has a staff of 200 people who deliver across a range of roles including football, coach development, community, youth development, safeguarding, broadcast, commercial, communications, digital media, finance, legal, marketing and policy.

The Premier League’s current UK workforce includes 16.2 per cent Black, Asian, minority ethnic representation and we are committed to delivering equality, diversity and inclusion across the organisation. We are currently in the process of achieving the EY National Equality Standard and therefore our activities and polices are independently assessed.

The Premier League Charitable Fund (PLCF) is an independent charity which was established in 2010 to distribute funds on behalf the Premier League and its partners.  It is one of the biggest sports charities in the world, with an annual budget in excess of £35million.

The PLCF enables impactful work via the charitable arms of professional football clubs in England and Wales. More than 100 club community organisations (CCOs) are supported, including those in the Premier League and English Football League, to deliver high-quality national programmes, including Premier League Primary Stars, Premier League Kicks and Premier League Inspires.

The overarching goal of the PLCF is to help people achieve their potential and positively impact their communities through the power of football. The PLCF’s objectives include:

The Premier League is the main donor to the PLCF, although the charity also works in partnership with other funders, including the Professional Footballers’ Association, BBC Children in Need, Sport Relief, Sport England, the London Mayor's Office for Policing and Crime and the #iwill Fund.

The Football Association (The FA) is the national governing body for football in England and is responsible for sanctioning competition Rule Books, including the Premier League’s, and regulating on-field matters.

It also organises The FA Cup competition, in which our 20 Member Clubs compete.

Each year, the Premier League submits its rules to The FA for approval and sanction.

For the Premier League, The FA ensures that throughout the season the Laws of the Game are applied on the field and that the rules and regulations concerned with running football in England are observed by officials, club and players off the pitch as well as on it.

The FA also deals with all matters of on and off-field discipline.

Other areas where we work with The FA are refereeing (we both part-fund the Professional Match Game Officials Limited (PGMOL)), Youth Development, and the UK’s largest sports charity, the Football Foundation.

UEFA (Union of European Football Associations) is a competition organiser and is responsible for the organisation and regulation of cross-border football in Europe. It also organises the European Championships for national associations every four years.

UEFA is primarily known for its European club competitions, the UEFA Champions League and UEFA Europa League, in which Premier League clubs play an active part in delivering broadcast audiences and attracting commercial revenue for UEFA.

The Premier League is one of the top-performing leagues in European football and has been in the top three of the UEFA Association Coefficient table for a number of years. This means that the Premier League gets four teams in the UEFA Champions League and another three into the UEFA Europa League.

The representative structures for UEFA are mainly association-based with The FA representing English football on numerous committees.

However, recent changes at UEFA have led to greater club involvement through the European Club Association, of which the Premier League has five Ordinary Members and five Associated Members.

FIFA (Federation of International Football Associations) is football’s world governing body and is primarily known for organising the FIFA World Cup every four years. However, its biggest responsibility is for the regulation, promotion and development of football at international level.

All football played at any official level must abide by the Laws of the Game, as set by FIFA. So, everything from the Offside Law to International Call-ups is decided by the Zurich-based world governing body.

FIFA’s rules and regulations are decided by the International Football Association Board (IFAB) and reviewed on an annual basis.

The IFAB consists of four representatives of FIFA and one each from the national associations of England, Scotland, Wales and Northern Ireland.

FIFA sets the international fixture calendar which, along with European and domestic cup dates, takes precedence over domestic league football.

This means FIFA and UEFA dates are the first in the fixture calendar, followed by The FA Cup and then the League Cup.

Only after those dates have been fixed can the Premier League fixture list be compiled.