After numerous discussions with football authorities, players and television broadcasters, the First Division clubs resigned from the Football League in May 1992 and the Premier League was formed, with the inaugural campaign starting on Saturday 15 August of that year.

Below, each of the 26 seasons has been charted with the story of how the titles were won and the players who starred.

From 2011/12's incredible finale, to Arsenal's "Invincibles", as well as Manchester United's record 13 triumphs, find out more about the rich history of the Premier League. 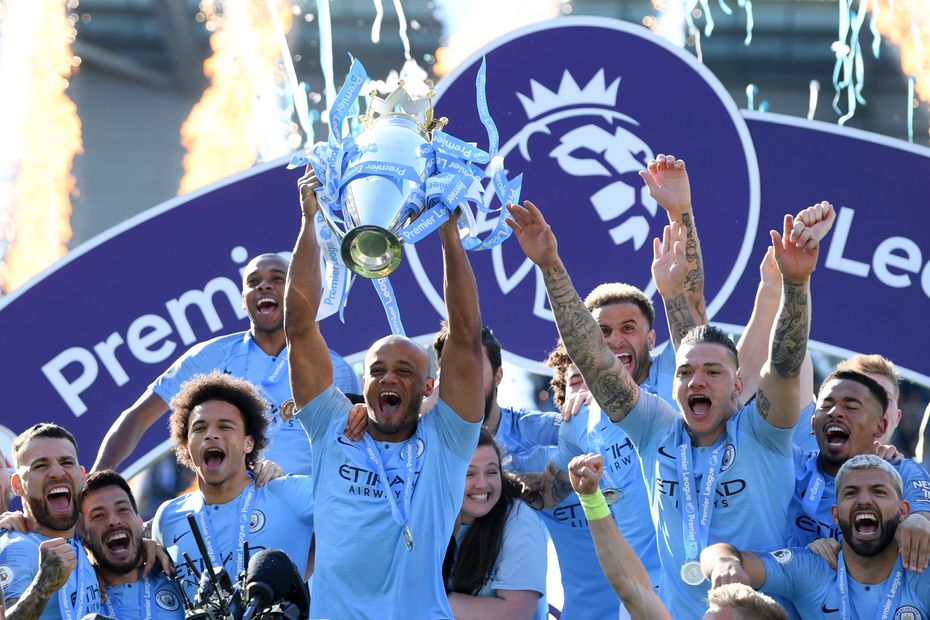 In the opening season of 1992/93, 22 clubs competed in the competition, with Brian Deane of Sheffield United scoring the first goal in what was known at the time as the FA Premier League.

A total of 49 clubs have played in the Premier League since its inception, with Arsenal, Chelsea, Everton, Liverpool, Man Utd, and Spurs participating in every campaign to date.

Brighton & Hove Albion and Huddersfield Town are the most recent clubs to have played in the league.

At the end of each season, the bottom three clubs are relegated, with three promoted clubs from the Football League's Championship replacing them.

The only exception to this was in the 1994/95 season when the League decided to reduce the number of clubs to 20. As a result, Crystal Palace joined Norwich, Leicester City and Ipswich in being relegated from the Premier League at the end of the 1994/95 season, with only two clubs replacing them from Division One, as the Championship was known then.

Between 1993 and 2016, each season of the Premier League had a title sponsor. From the 1993/94 season, it was known as the FA Carling Premiership, before the sponsorship changed in 2001 to Barclaycard until 2004.

The 2015/16 season was the final one having a title sponsor, with the competition becoming the Premier League from 2016/17.

Man City have won the title four times, securing the trophy in dramatic fashion in 2011/12 with a goal in stoppage time of the final day, and again in 2013/14.

Leicester became the sixth club to win the Premier League, completing a remarkable title triumph a year after a late but successful battle against relegation.

The most successful manager in the competition is Sir Alex Ferguson, who has guided Manchester United to all their Premier League successes. He also holds the record for being the longest-serving manager in the Premier League, spending 21 years at Old Trafford since its inception in 1992 before retiring at the end of the 2012/13 season.

Ryan Giggs participated in every title-winning year for Manchester United and the Welshman amassed 632 appearances, behind only Gareth Barry's 653 for Premier League appearances.

Former Newcastle United, Blackburn Rovers and Southampton forward Alan Shearer is the Premier League top scorer with 260 goals He is one of only two players to surpass the 200 mark - along with Wayne Rooney.

From the 2001/02 season, clubs who finish in the top four places qualify for the UEFA Champions League, while the team ending the campaign in fifth get to play in the UEFA Europa League. Further places can become available to teams in sixth and seventh depending on whether teams in the top five win the EFL Cup or FA Cup.

There has been an increase in English representation in Europe since the start of the Premier League, when, in the opening season, only the champions qualified for the UEFA Champions League, with the second and third-placed clubs entering the UEFA Cup, as the UEFA Europa League was then known.