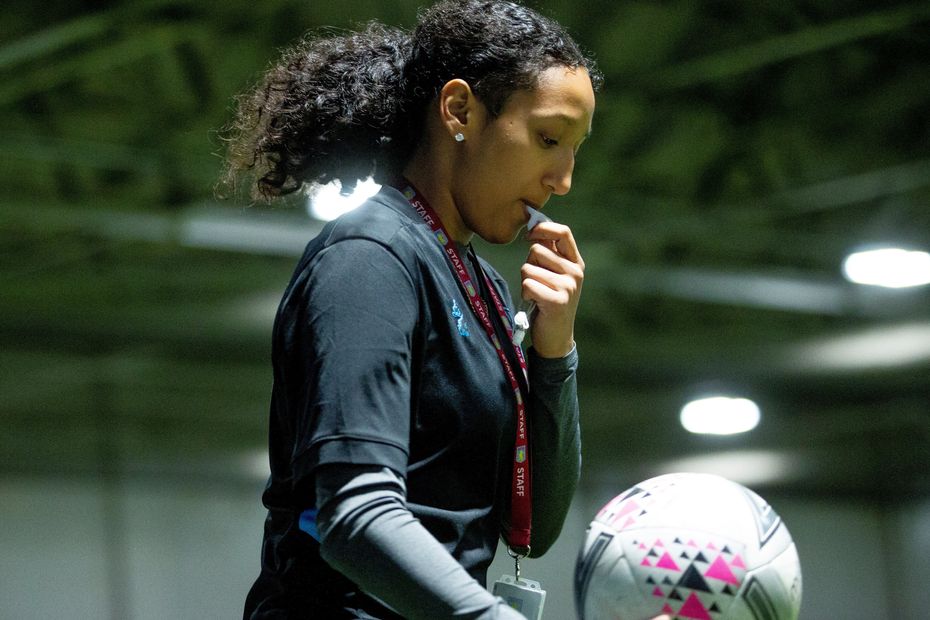 When Renee Gottshalk was the only regular female participant in Aston Villa's Premier League Kicks programme seven years ago she dreamt of working in football, but she never realised it would be with Kicks and that she would be inspiring others like her.

"If I never had Kicks, my level of ambition would have been capped," says Gottshalk, who is now full-time staff at Aston Villa Foundation. "So having that hope has only just allowed me to open the window a bit and go full pelt really."

After becoming a popular figure on the programme near to her home in Birmingham, Gottshalk progressed to being a volunteer, where her talents as a sports coach and a leader emerged.

"Through volunteering with Kicks and then actually applying to do an apprenticeship, it kind of gave me hope," she says. "That no matter where you're from, there is always opportunity there. You’ve just got to be willing to look for it."

She became an apprentice at the Foundation in 2018 after completing her college studies.

Again Gottshalk shone with her added responsibilities and became a full-time interventions coach and female lead for the department at the Foundation, most notably on PL Kicks.

"I work with a variety of people, and having people able to take something and deliver that to them and help them to learn is the best thing about coaching.

"I want to make sure people feel like we're a family, that they can talk to us about anything.

"People tell us about their day, their holidays, birthdays, and I've even had someone from the Day Centres draw me a picture.

"It was of me coaching them and I've got that up on my wall."

PL Kicks also gave her the opportunity to showcase her DJ-ing skills, which she got the chance to display to a bigger audience as the public announcer and DJ for Aston Villa Women's home matches.

Gottshalk's achievements thanks to PL Kicks have been recognised as part of the celebrations for the 10-year anniversary of the Premier League Charitable Fund (PLCF).

It is a reward for the way she has become a role model for the next generation of young people in her community.

"Making a difference, you can't always see it clearly," she says. "But [through] the little things you get back, you can see you're doing a lot."