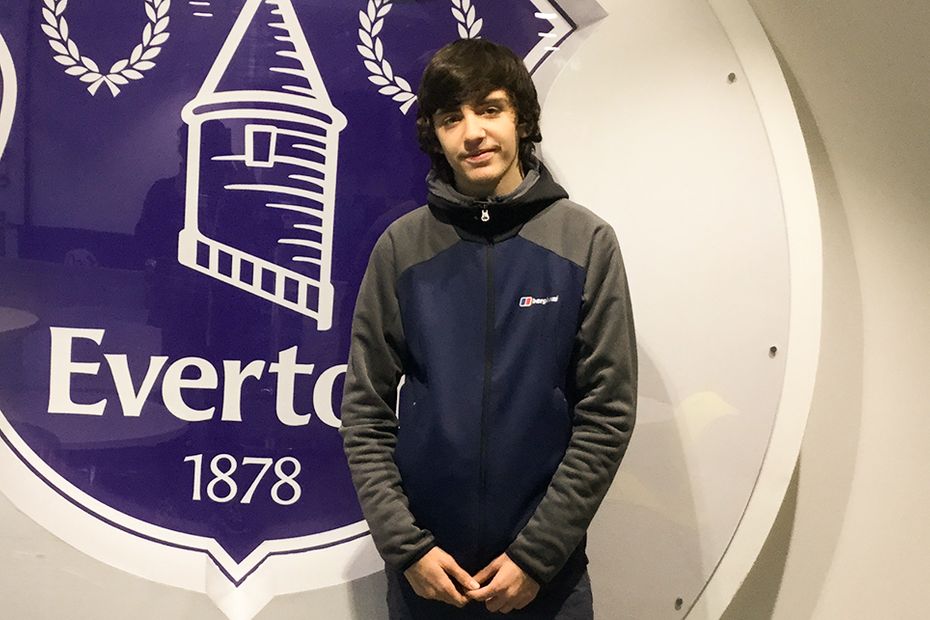 A turbulent home life led to Peter being disruptive at school but with the help of Premier League Inspires sessions run by Everton in the Community (EitC), the 16-year-old has been recognised for his positive impact in the local community.

"I really enjoyed the mentoring sessions I had. The staff helped me turn my behaviour around and gave me the motivation to succeed in my schoolwork," Peter told the club's official website.

A poor sleeping pattern meant Peter was struggling to concentrate in classes at Litherland High School on Merseyside and receiving negative behaviour points, becoming argumentative towards his teachers and saying he did not want to sit his exams.

He began engaging with EitC and PL Inspires last year in an attempt to address his poor behaviour and chaotic personal life.

Peter started with mentoring sessions where he was encouraged to set targets to improve his sleeping pattern and create a revision timetable. He also explored career options and began attending after-school revision sessions, while apologising to the teachers he had confronted.

He has also volunteered at Premier League Kicks sessions and was a referee at a PL Primary Stars football tournament.

"This year has been a big journey for me and I am a different person now," Peter says. "I wouldn't have been able to do it without the support from Everton in the Community."

Peter's improvement has continued during the Coronavirus pandemic, as he has taken part in an employability programme with EitC and applied for an apprenticeship with a local painting and decorating firm.

"In recognition of the improvement in my behaviour, I was given the opportunity to watch an Everton match and meet Seamus Coleman," says Peter.

"I would have never have gotten these rewards before and it made me want to work even harder."

Peter has earned further recognition for his progress, being chosen as one of the PL Inspires awards winners as part of the Premier League Charitable Fund 10-year anniversary celebrations.

"It has been a privilege to be a part of Peter's journey. It has taken a lot of hard work but his commitment to his personal growth has been inspiring."