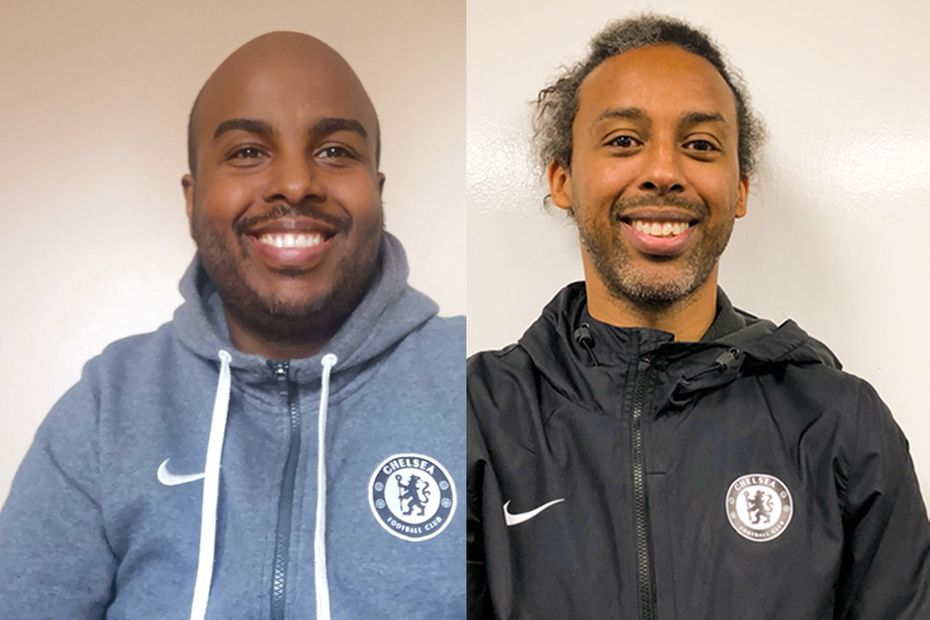 Abdul and Erik were both unemployed and frustrated in their search for a job when they met at a Chelsea Foundation employability programme in 2009.

The pair spent two months working on interview technique, CV writing and gaining work experience and 11 years later not only are they still friends, they are full-time members of staff at Chelsea.

"I'd had a few part-time jobs after graduating from university in 2006 with a degree in advertising with marketing, but nothing permanent," says Abdul.

"There are times when it gets you down, when you feel like you are missing a certain X-factor to get that final position, you start to have confidence issues and be too critical of yourself.

"But being on that course for two months helped me look beyond that and realise what I could offer and how I could see myself. It showed me that it wasn't anything to do with me as a person."

Like Abdul, Erik was also struggling with his self-esteem having been out of work for six months before joining the programme.

"I wasn't in a good place," explains Erik. "Looking for a job, not knowing where my next income was going to be. It made me lose my self-belief, my confidence went down, it was quite a stressful time. It was a blessing when I was accepted on the course.

"I knew from the introduction alone that it was different to any course that I had been on. Everyone who was running it, they were enthusiastic, their spirits were quite high. They had a certain way of motivating you and giving you a new way of thinking. It was very positive from the get-go; straight away I felt my confidence coming back."

As part of the programme, both Abdul, 36, and Erik, 44, had work placements as matchday stewards and in the club's ticket office - and they never looked back.

When full-time vacancies arose in Chelsea's ticket office they applied for the positions and have worked at the club ever since.

Abdul now provides advice and support to others attending similar courses with the Foundation while Erik has taken on a supervisor role and is now in charge of online ticket sales.

Their transformational journey has been recognised by Chelsea as part of the Premier League Charitable Fund 10-year anniversary celebrations with the pair grateful for the opportunities they have had.

"Before I think my confidence would have been so low if I'd gone to an interview I wouldn't have come across well," says Erik. "The skills and the training that I got from the PL programme and Foundation gave me so much more self belief.

"It's the best thing that's ever happened to me. It's made me a better person and changed my life.

"To get recognition now shows me how far I have come. It's an honour to be part of Chelsea, to still be a part of Chelsea. I couldn't be more grateful to them and the Premier League.

And for Abdul, the programme gave him a different outlook on life.

"It gave me a lot of tools I could use," he adds. "Skills that I didn't think I had were brought to the fore.

"It's changed my attitude, I was fairly idealistic when I first started. You have to take opportunities where you see them. Chelsea made see that; you can get different pathways leading to what you want to do.

"When I was told about it [being recognised by PLCF and Chelsea] I thought it was wonderful - all the hard work has paid off!"