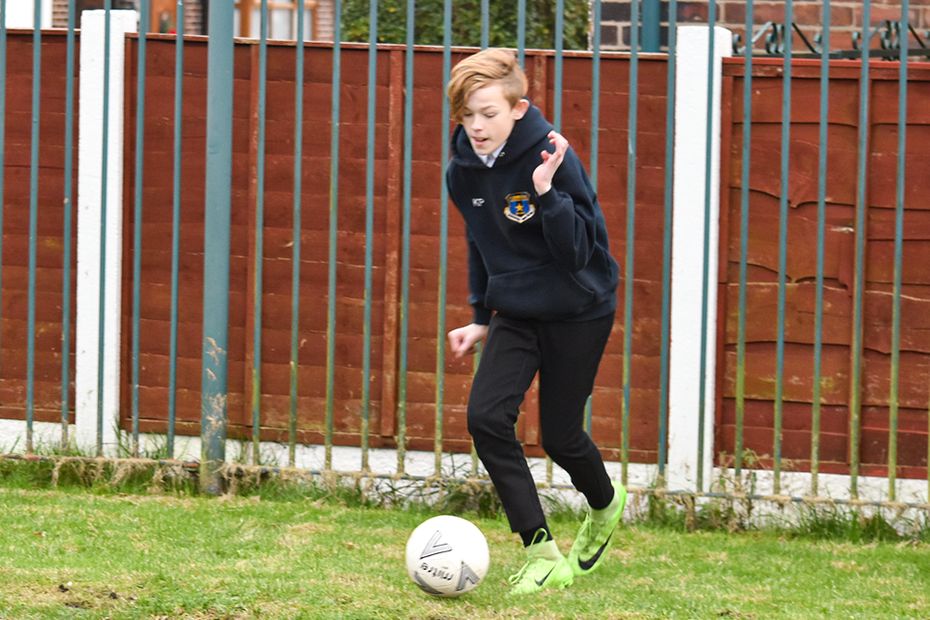 For Kallum Plumbley, engaging with school was sometimes a struggle, but with the help of the Premier League Inspires programme and Wigan Athletic Community Trust his attitude to learning has been transformed.

"Having known Kallum since he was in Year 6, the transformation in him has been remarkable, enhancing his resilience and improving his attitude towards education," says Chris Clothier, who has worked with the 12-year-old at Leigh Engagement Centre.

"It has been hugely rewarding to see the positive impact that working alongside Dale and Alex from Wigan Athletic Community Trust has had on Kallum's behaviour, attitude and engagement with his learning both in the Engagement Centre and in school."

Struggling with his attitude towards staff, behaviour within school and staying focused on tasks, Kallum has felt the benefit of working with Wigan and PL Inspires, which uses the power of football to support 11 to 25-year-olds who are marginalised or at risk of not reaching their potential.

A pupil at Bedford High School in Leigh, Kallum has been attending sessions at one of Wigan Council's Engagement Centres, a local service that provides specialist educational support for young people having difficulties engaging with school.

"This has given Kallum the confidence to ask for and accept help with his work, which is steadily improving in quality."

Kallum has not looked back.

Such has been the positive change in his commitment to learning and behaviour, he has now completed the ASDAN Business and Enterprise qualification. He has also taken part in both the Game Changers and Sports Leaders programmes with the Community Trust.

And to recognise his progress and development, Kallum has been named as one of the winners of the PL Inspires Participant Award as part of the Premier League Charitable Fund 10-year anniversary celebrations.

"I'm really happy and proud to have won the award and was very surprised to receive it," Kallum told the official Wigan Athletic website.

"I've enjoyed the work on the Premier League Inspires programme with the Wigan Athletic staff. The sessions have helped me to improve my behaviour and listen more in school, which has gone on to help me get on with my work."