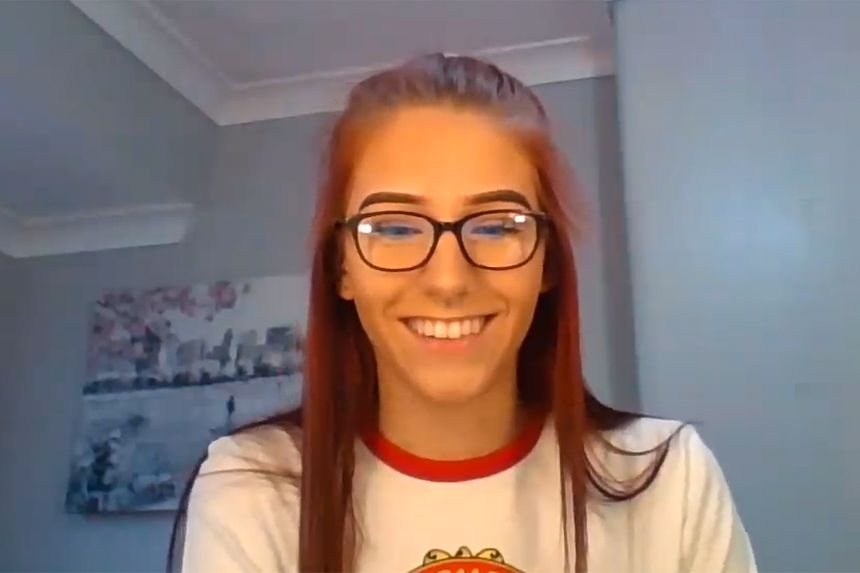 When she was younger Rhea struggled to apply herself in school and did not see a reason to attend classes. Four years later, with the mentoring help of the Manchester United Foundation, she is now a role model for others in her local community.

"The impact the Foundation has had on me is big," she says. "It just proves that if someone is there with you, to mentor and work with you, there's no reason why you can't achieve what you want to achieve."

Rhea was first introduced to the MU Foundation and its Premier League Kicks programme, called Street Reds, in 2016 when behavioural issues were holding her back at school.

"I couldn't get involved with my work, I didn't have much motivation, I wasn't confident in myself and some days I didn't even want to go to school," she says.

"With the Foundation and my school partnership officer being there and motivating me to go to school, it gave me a reason to go.

"We used Street Reds as a bit of a distraction and that helped me a lot because it gave me something to focus on other than my schoolwork. It gave me an opportunity really to sit down and look back at what I was struggling on in school."

Rhea has not looked back. She began volunteering at the Foundation, leading on lunchtime and after-school clubs, as well as coaching at Street Reds.

Rhea has also completed her GCSEs and is studying sports coaching, while she has applied to take part in the Volunteer 99 programme, which is designed to provide training, recognised qualifications and work experience for 16-21-year-olds interested in pursuing a career in sport.

And recently Rhea also shaved her head to raise £2,000 for Macmillan Cancer Support in support of her sister, who had the disease when she was 16.

"At the start of my time at Street Reds I couldn't go to the sessions without someone being next to me," she says.

"Over time, I slowly built up that confidence, to the point where I'm now delivering my own sessions some weeks. It's something I didn't ever think I'd be able to do two or three years ago."

Rhea's inspirational story has led to her being recognised as part of the Premier League Charitable Fund 10-year anniversary celebrations.

"I feel very proud, I feel wanted," she says. "I turn up at Street Reds because I enjoy it but also because of the impact on other people.

"Without the opportunities I have had with the MU Foundation, I wouldn't be where I am today."