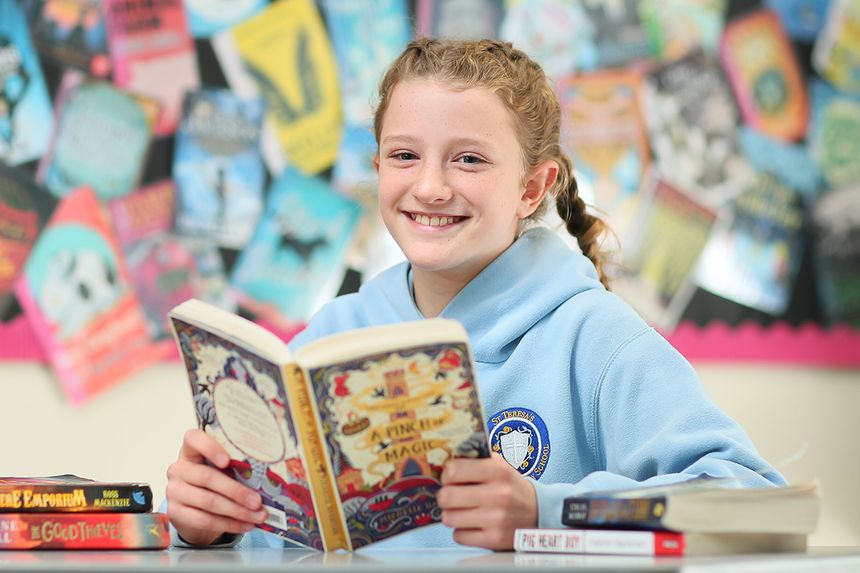 Thanks to Stoke City Football Club's use of the Premier League Primary Stars programme there has been a transformation in character of Lexi Dundas, a Year 6 pupil at St Teresa's Primary School in the city.

"Pupils such as Lexi easily identify with the football club, and through the Primary Stars sessions she is an excellent example of someone who has developed her learning in an active and fun way whilst developing important life skills," says St Teresa's head Nathan Price.

But the transformation was not simple.

When Lexi first attended a Primary Stars Active Maths programme delivered by Stoke City Community Trust, she struggled to deal with failure and teamwork activities that involved sharing ideas or listening to someone else's opinion.

She also lacked enthusiasm in Maths lessons and was a below-average reader.

But thanks to sessions based around the dynamics of Stoke City's stadium, Lexi's motivation for studying Maths increased.

And through her participation in the Premier League's Reading Stars programme, she has managed to advance her reading age.

"It is always fantastic to see a pupil like Lexi grow in confidence throughout the sessions, which has subsequently complemented her learning in the classroom," says Emma Bridgewater, Key Stage 2 leader at St Teresa's.

Lexi was also selected for a Potter Play Leader programme and is now a regular playground leader during break and lunchtime activities at St Teresa's.

"We have worked closely with the Stoke City Community Trust for a number of years," says Price. "The educational resources are extremely well planned and tailored to the needs of our school.

"The Stoke City staff act as positive role models, having built up super working relationships with our children and staff.”

Given her achievements and progress over the last few years, Lexi has been recognised as part of the celebrations for the 10-year anniversary of the Premier League Charitable Fund (PLCF).

PL Primary Stars is one of the four programmes funded and developed by the PLCF and delivered by more than 110 clubs across England and Wales.