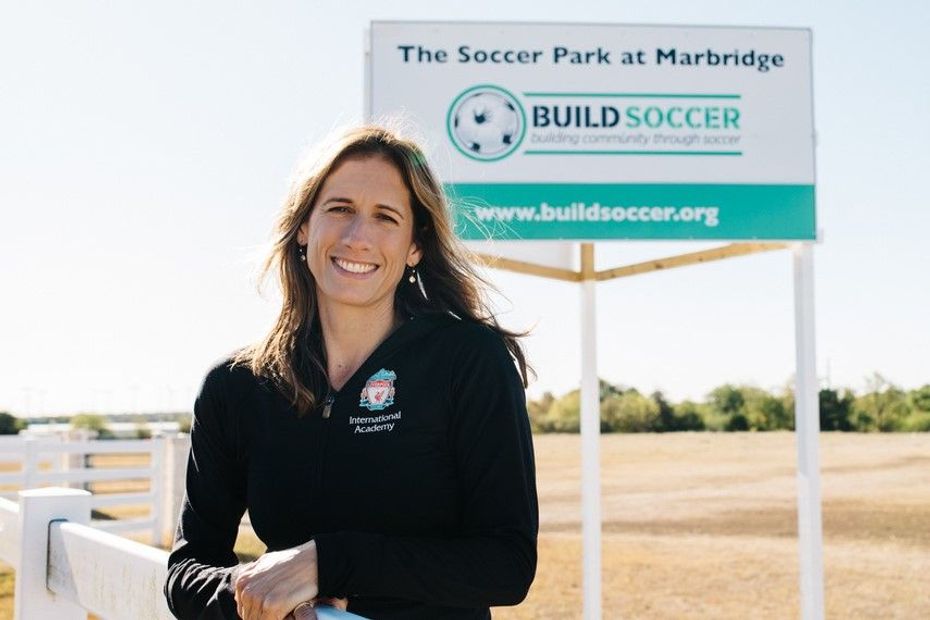 Ahead of Premier League Mornings Live's visit, a Liverpool fan explains why the club's culture of unity resonates with her as she seeks to build a youth soccer park

Meet Christie Ciccarello, a Liverpool fan and the founder of BuildSoccer.

"I think Liverpool FC is about more than just wins and losses. It’s about creating that culture of unity and making everybody better - bringing all of the fans together in unity.

"That’s what I’m trying to do with BuildSoccer.

"BuildSoccer is a nonprofit that I started, to develop a youth soccer park in south Austin.

"We don’t have facilities down here. We have 20 acres of a hayfield that has two fields on it right now. Just striped fields - there’s not much more to it. There’s no shade. There’s no bathrooms.

"I looked at that space and realised what it could be. So I assembled a team, got a long-term lease, and we have a plan to build out a lighted, new soccer park with six fields. We just need $5million in funding to get it done.

"I’m trying to create a space where people want to be there, they want to stay there, and they want to hang out and do that bonding.

"I actually envisioned the concession building having TVs and a bunch of picnic tables and I envision watching Premier League games with whoever is practising at the field at that time, and having that on every Saturday.

"That’s what I hope my Premier League mornings are in five years - I’m having coffee, but I’m sitting at a picnic table and watching it at the BuildSoccer fields with a whole group of players and families that are passionate about soccer."