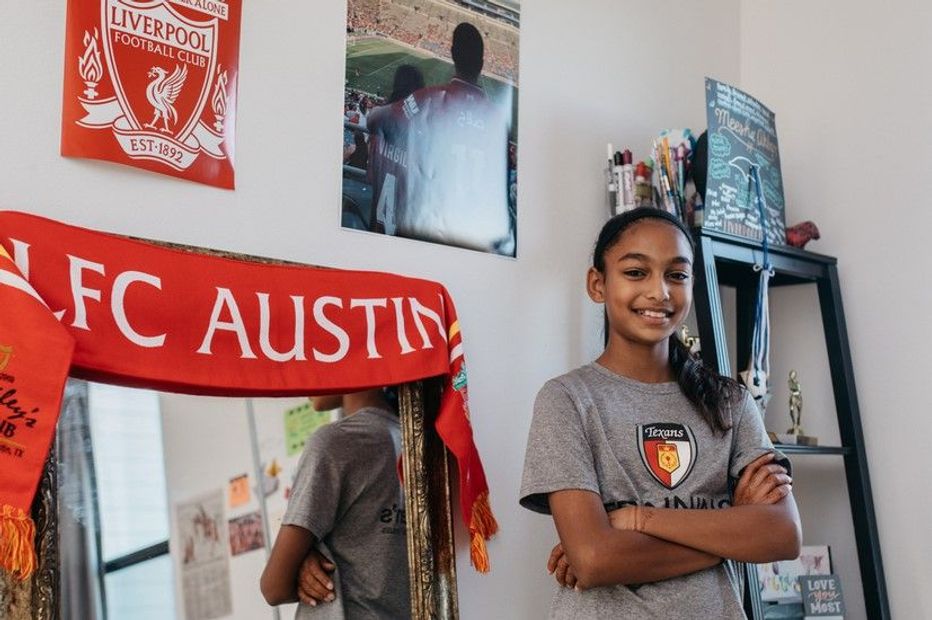 Ahead of Premier League Mornings Live's visit to the city, an 11-year-old whose sights are set on becoming the next Virgil van Dijk talks about her love for Liverpool FC

Meet Meesha, an 11-year-old straight-A student whose sights are set on becoming the next Virgil van Dijk.

"I feel like people don’t understand since I’m a girl, that I actually know about soccer. Because sometimes I’ve made friends that are boys I talk to them about soccer, but whenever I was first meeting them - because none of the girls at my school really watch PL - they’re just like, 'Yeah. Sure. You know that stuff and nothing else.'

"Then I start talking to them about all the players and they’re like, ‘Who’s that? I don’t understand what you’re talking about.’ And [I say], ‘I thought you watched the Premier League?’

"I’ve been watching [Liverpool FC] since I was two. Well, since I was born. And I’ve been listening since I was in the womb! Liverpool FC is really important to me and I appreciate how they play and the team and the fans.

"I think the fans are an especially big part of the team because they lift the team up whenever they’re not playing as best as they could.

"When you’re at home it’s a lot better than playing away because your fans will always be there to support you. The whole thing is like a big family that will always be welcoming and kind to you."