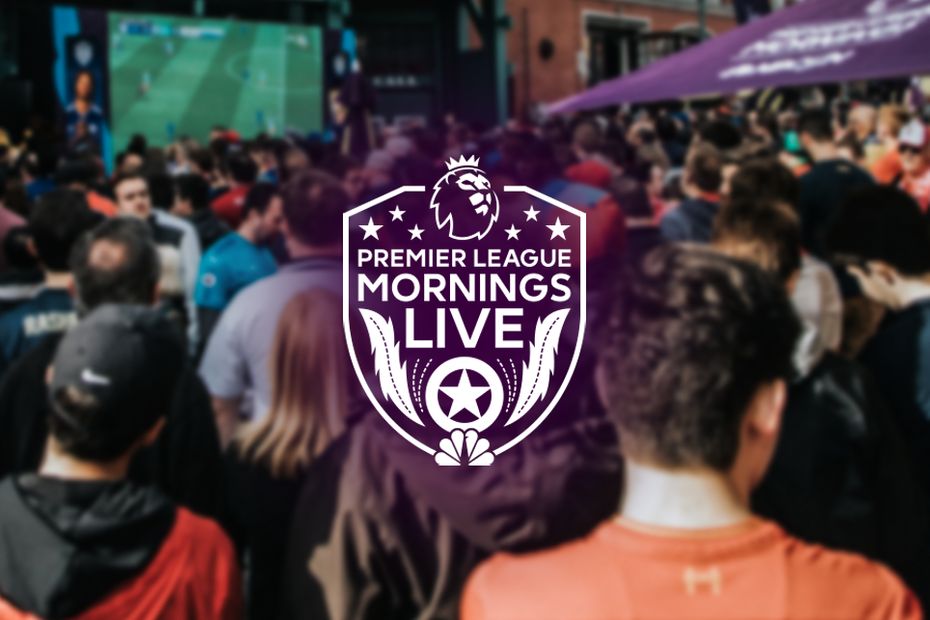 The Premier League and NBC Sports are heading southwest in the US for the first time with the next Premier League Mornings Live fan festival in Austin, Texas on 26-27th October, 2019.

The two-day fan festival will take over Scholz Garten, the oldest beer garden in America, and will feature live action from nine matches, including two matches on NBC.

Premier League clubs will be joining the action at the event, which will feature special guests, club mascots, fan events, contests and more.

NBC Sports' Premier League Mornings studio team of host Rebecca Lowe and analysts Robbie Earle, Kyle Martino and Robbie Mustoe will broadcast live from the event on NBCSN beginning at 7am ET on Saturday, October 26, and 8am ET on Sunday, 27th October.

They will be joined by special guests throughout the day and will bring the celebration to viewers across the country.

NBC Sports will also take cameras to additional cities around the country to showcase "live look-ins" of passionate Premier League viewing parties to join the celebration.

In addition, SportsEngine Inc. and NBC Sports are partnering with the National Fitness Foundation to raise funds for youth soccer clubs across America and have launched a sweepstake for two lucky fans in the US to win an all-expenses paid trip to the fan festival in Austin.

It is part of the Premier League's commitment to bringing unique experiences to its fans.

I love you so much Austin, TX.

The Premier League is coming to you on October 26-27th! pic.twitter.com/X5GVPsUbMD

"After a successful season of Premier League Mornings Live, we are delighted to be visiting Austin, Texas, for the first event of 2019/20," Premier League Interim Chief Executive, Richard Masters, said.

"Last year we saw how passionate our American fans are, as we brought the Premier League experience to Washington DC, New York and Boston.

"This season we are once again working with NBC Sports and bringing many of our clubs, partners and some famous faces to unique locations in different cities.

"Those attending in Austin can expect some great activations and I am sure there will be plenty of entertaining football for them to enjoy as we have some exciting fixtures taking place over the weekend."

NBC Sports Chief Marketing Officer Jenny Storms added: "We are excited to once again partner with the Premier League on this two-day event.

"With a new city and time zone in Austin, we look forward to celebrating the sport with that passionate local fan base and showcasing the Texas culture across the country."