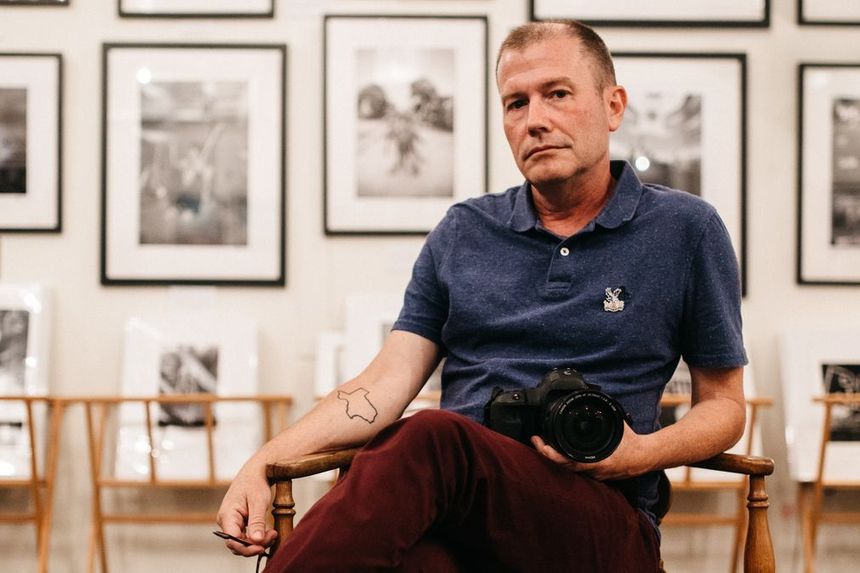 Ahead of Premier League Mornings Live's visit to the city, an ex-White House photographer and Crystal Palace fan shares his PL love

Meet William, a photographer who found a career on Air Force One and a home with the Crystal Palace community.

"I will have to say that flying on Air Force One does not suck. I spent about 10 years covering politics in Washington D.C. that covered the span of the last [years] of the Clinton administration and the first four years of the George W. Bush administration.

"When you cover the President for a wire service, what that means is that you’re photographing the President and what he’s doing daily.

"So there was a lot of things going on. Everything from 9/11 to impeachment to a lot of the things that are still resonating today.

"I would say [the job] is analogous to playing soccer. You’re in the moment, you’re not thinking about the stress, you’re trying to execute at a high level. You’re in that bubble and the proof is in the pudding. You get the feedback and if it’s positive or negative, you know pretty quick.

"I became a fan of Crystal Palace when my friend who grew up in Croydon dragged me to the bar to watch them play West Ham. And for some reason I just enjoyed the atmosphere.

"[Palace] kind of ticks off all the things that I like, having been into obscure music and all these kinds of scenes. But the community in the States - either ex-pats or people who are Americans who kind of fell into it for whatever reason - it’s a tight little community and it's, it's really cool.

“I know that [George W. Bush] would be the bigger [Palace] fan just because of his love of sport - he was really into it."