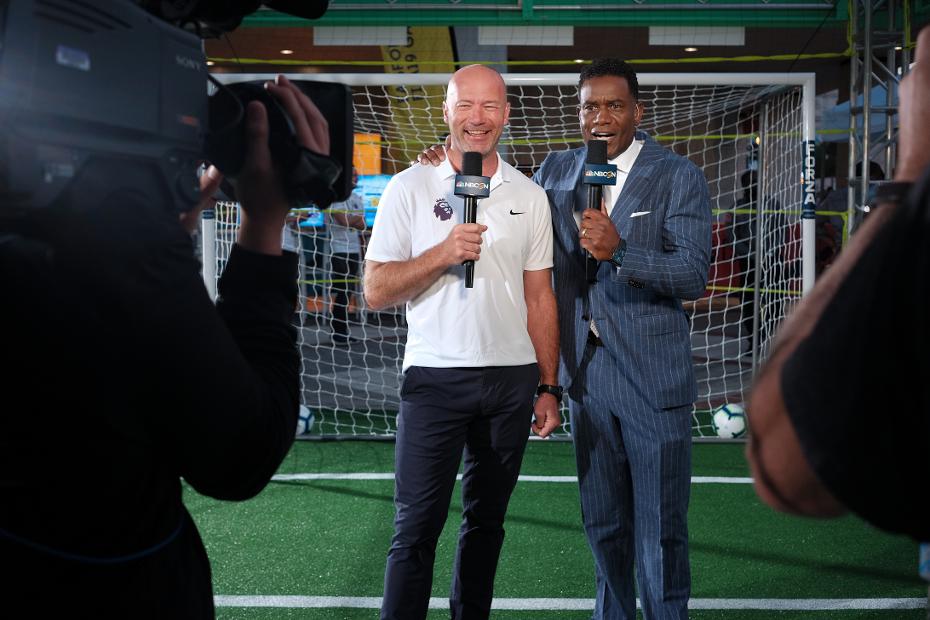 The Premier League's all-time leading goalscorer will also be joined at the two-day fan festival by Ashley Cole, who won eight major trophies with Chelsea, the ex-Manchester City winger Shaun Wright-Phillips as well as Howard, the ex-Manchester United and Everton goalie, who has just announced his retirement.

"I am excited to be returning to the US to be part of the first Premier League Mornings Live event of the season," said Shearer, a three-time Premier League Golden Boot winner.

"This is my first visit to Austin and I am looking forward to meeting the fans out there to watch this weekend's Premier League matches together."

Good to be back

The Austin fan festival, at Scholz Garten, the oldest beer garden in America, is the first of three Premier League Mornings Live supporter events scheduled for 2019/20.

It follows on from a trio of successful festivals last season in Boston, New York and Washington, D.C.

"I met some fantastic supporters at last season's events in DC and New York," added Shearer. "Their enthusiasm and commitment to early morning kick-off times was very impressive and the atmosphere at the events was fantastic.

"Premier League Mornings Live is a brilliant opportunity for fans to come together and enjoy the football, see the Premier League trophy and enjoy lots of other free activities."

Shearer and Co will be on site at different points across the weekend and will feature on the live broadcast with the NBC Sports’ Premier League Mornings studio team of host Rebecca Lowe plus analysts Robbie Earle, Kyle Martino and Robbie Mustoe.

After his attendance at the event in Boston earlier this year, WWE’s Sheamus also makes his return, supporting Liverpool when they host Tottenham Hotspur on Sunday.

This weekend's event is free to attend, but fans must register in advance. General admission tickets will be issued on a first-come, first-served basis as spaces are limited.

Fans who cannot be at the event can still join in the celebrations by sharing photos of their #MyPLMorning experiences.