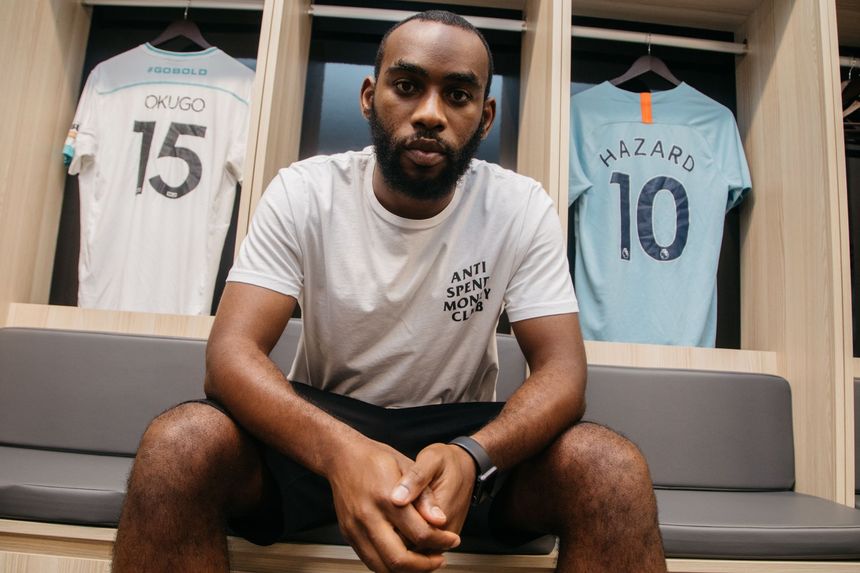 Ahead of Premier League Mornings Live's visit to the city, a pro soccer player and Chelsea fan shares his PL love

Premier League Mornings Live comes this weekend to Austin, a city of people who are passionate about the Premier League.

Meet Amobi Okugo, a professional soccer player for Austin Bold FC in the USL, who models his game off one of Chelsea’s greatest.

"The story of how I became a Chelsea fan is pretty funny.

"Obviously, growing up in the States, soccer wasn't as available to us besides the World Cup every now and then. So when it first started getting to be available, my Dad was like: 'Alright, this is who you need to watch.'

"He said: 'You need to watch [Claude] Makelele. Makelele is one of the best d-mids [defensive midfielder] around, he plays for France, but by way of Africa.

"So he told me to watch him and study his game because d-mid was the position I played. He was the perfect player to model myself after.

"Makelele is just a solid player. He’s unmatched. I think there was one interview where Jose Mourinho said about [him]: 'It’s like he’s like the sun and the whole formation revolves around him.

"So he’s just a connector. He’s the player that allowed Frank Lampard and the creative guys to do their magic.

"So once I started watching Chelsea and Makelele, I realized all the other players they had: Essien, Frank Lampard, Drogba, Robben at the time, Gallas, John Terry.

"[It was] a plethora of strong players, smart players. And then obviously their coach, Mourinho. He’s still my favorite coach, I don’t care what anyone says.

"So just watching him [Makelele], his style of play was similar to how I wanted to play and perform on the field. I don’t want to say, ‘Love at first sight,’ but it was like, 'Chelsea’s my team from now on.'

"There was no going back after that."