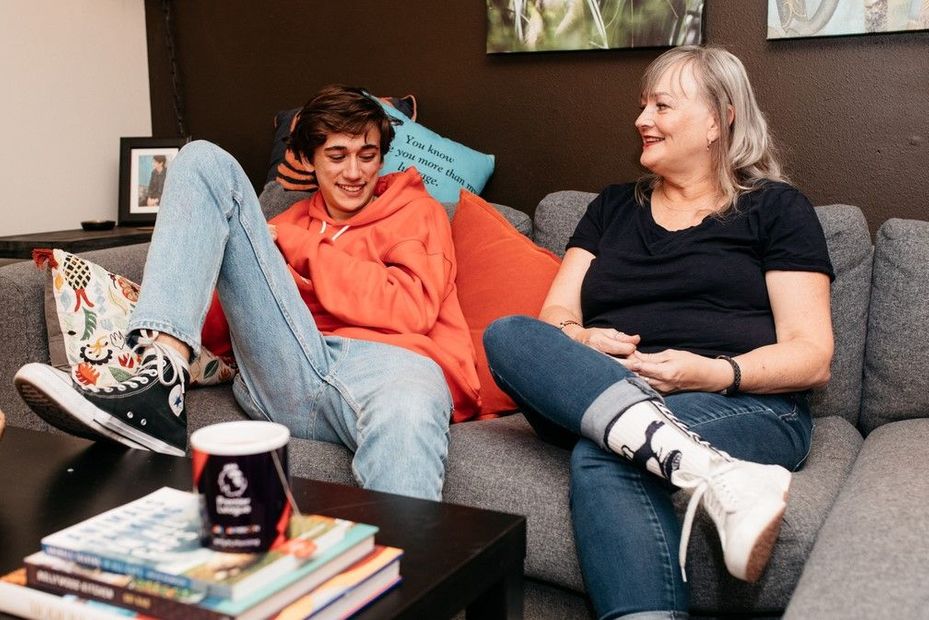 Ahead of Premier League Mornings Live's visit to the city, a Spurs fan explains how a love for the club has helped bond with her son

Meet Tammy, a Tottenham Hotspur fan starting a tradition with her son that could last for generations.

“Edward is my son, he’s 17. He was playing soccer in middle school in about 2013, and that’s the first time I’d ever actually even seen soccer, so I started learning it.

"I’m just the sort of parent who, if my kid’s going to be into something, I want to learn about it.

"In the very beginning, it was more [that] he would wake up and crawl into my bed, you know, and watch it with me in bed. I think it’s gotten richer [now]. I mean, he’s still my son, but he’s an adult. He’s a young adult.

"And so it isn’t just an, 'Oh, this means I don’t have to go clean my room' kind of thing. This is a pastime we share together as adults and that does make it a little bit more special.

"And the level of conversation that we have about the game obviously is elevated because he can really appreciate it. He will very insightfully sometimes talk about things.

"When you can find those moments that [your kids will] hang out with you, it’s pretty rare indeed. I think he sees that too. It’s something we can share.

“When I do get to sneak those moments with him, it’s really great. Even if it’s for half of a game, it’s very precious to me.

"I hope that for the rest of his life, whenever he sees a soccer game and, you know, hopefully, Tottenham, or even if it’s just soccer in general, he just always remembers that this was a thing that we did together and fondly looks back on that. I think that would be great."