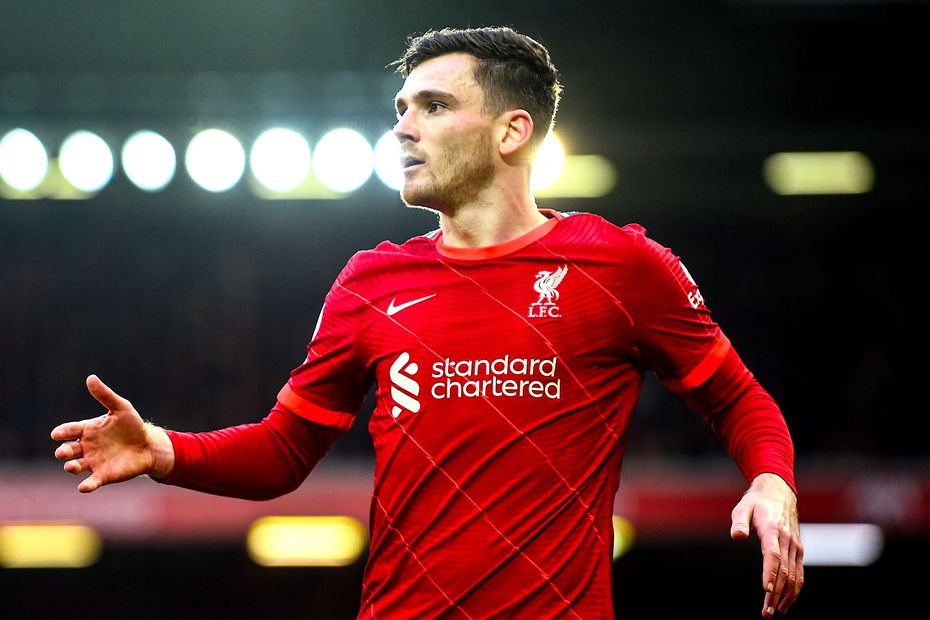 The Liverpool left-back is the top-scoring defender in Fantasy in the second half of this season.

Robertson has amassed 73 points from Gameweek 20 onwards, producing double-figure returns in four of his eight appearances in that spell.

Indeed, he has blanked in only one of his last 14 outings in a run that goes all the way back to Gameweek 13.

Owned by a mere 9.3 per cent, the Scot offers a major differential for the run-in as a double-up option in the Reds' defence alongside Trent Alexander-Arnold (£8.5m).

Liverpool's right-back is the top-scoring defender in Fantasy and second overall on 187 points.

Alexander-Arnold's multiple routes to returns have been the key to his success, combining two goals and 11 assists with 16 clean sheets and 32 bonus points.

That has helped him claim eight double-figure hauls, bettered only by the nine of Mohamed Salah (£13.3m).

The defender is expected to recover from a minor injury for their home meeting with Watford in Gameweek 31.

His subsequent schedule suggests he can reward his 42.7 per cent backers with more big scores.

According to the Fixture Difficulty Ratings (FDR), only one of Liverpool's final nine matches score more than three.

If he can recover from a minor muscle problem in time for Gameweek 31, the Chelsea wing-back could be a major figure in Fantasy over the run-in.

James has averaged 7.1 points per start this term, just behind the 7.2 of Alexander-Arnold.

Indeed, he has returned 18+ points on three occasions – by contrast, Alexander-Arnold’s season-high haul is 15 points.

Although he may occasionally be rotated, the Blues’ remaining schedule suggests James is worth the risk.

Just one of Chelsea’s final 10 matches score more than three in the FDR. Two of those fixtures have still to be rearranged, which should lead to Double Gameweeks later in 2021/22.

The Portuguese ranks fourth in the overall player standings, second only to Alexander-Arnold among defenders on 162 points.

Despite finding the net just once, Cancelo's total of 60 shots ranks top for both defenders and Manchester City this season.

Pep Guardiola’s side have a kind run-in, facing just one top-six opponent in their remaining nine matches, when they host Liverpool in Gameweek 32.

They also have a trip to Wolverhampton Wanderers to be rearranged, which could give them a Double Gameweek later in the campaign.