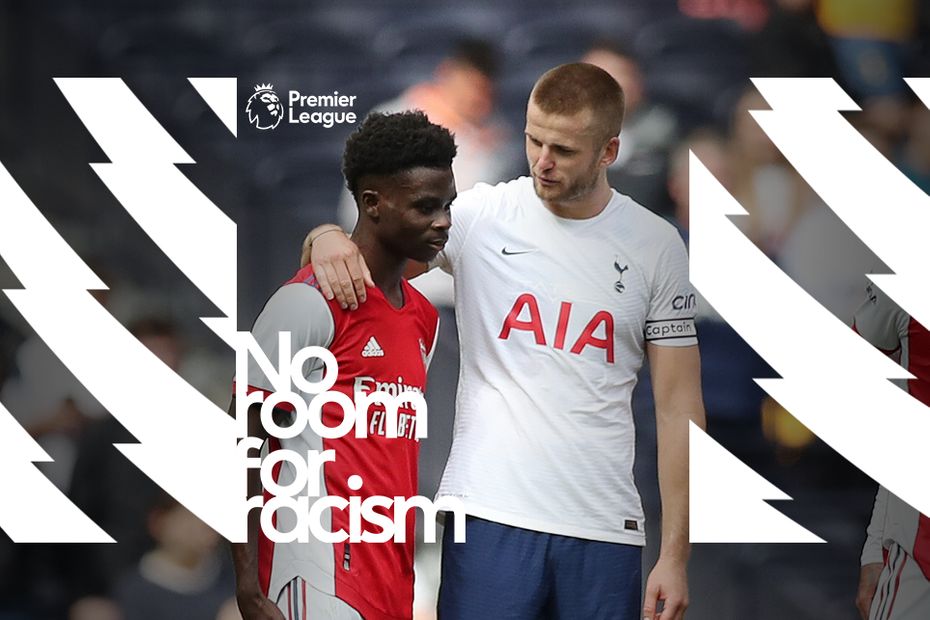 Standing shoulder to shoulder with someone who is facing discrimination is a powerful tool in the fight against racism and Eric Dier believes having a simple chat is an effective way to help someone through the challenges they are facing.

"Just being there to have a conversation with someone can be enough to help them in many different situations they might be going through in difficult times," says the Tottenham Hotspur defender.

"You always need to have open dialogue on difficult subjects and always try to learn and educate yourself; be open to listening to people and how they feel about something, and how that might make them feel."

Dier was speaking ahead of his side's match with Newcastle United on the first of two weekends dedicated to the Premier League's ongoing No Room For Racism initiative.

It will highlight the League's long-term commitment to address racism in football and wider society as well as encouraging fans to challenge and report discriminatory behaviour wherever they see it.

One important part of No Room For Racism is the extensive library of free resources and teaching materials available via Premier League Primary Stars, which explore heritage, discrimination and allyship, and Dier believes focusing on young people is how you can make a real difference in society.

"With young people, they are a sponge to the information around them and they learn from what’s around them," he says.

"So we really have to focus on the younger generation and educating them in the right way from a young age so they have a clear understanding of what's right and what's wrong, and in this case, that we're all the same."

Part 1: Players reinforce there is No Room For Racism
Part 2: Mings: Coady's support vital in fight against racism
Part 4: Ferguson: Diversity is our soul
Part 5: Lookman: Education is key to phasing out racism
Part 6: Matip: Taking the knee sends important message
Part 7: James: Standing up to discrimination is so important
Part 8: Townsend: Abuse can have a terrible impact
Part 9: Rice: People who are abused should never be alone
Part 10: Kabasele: We cannot give up discrimination fight
Part 11: Chalobah: It's important players set the standards