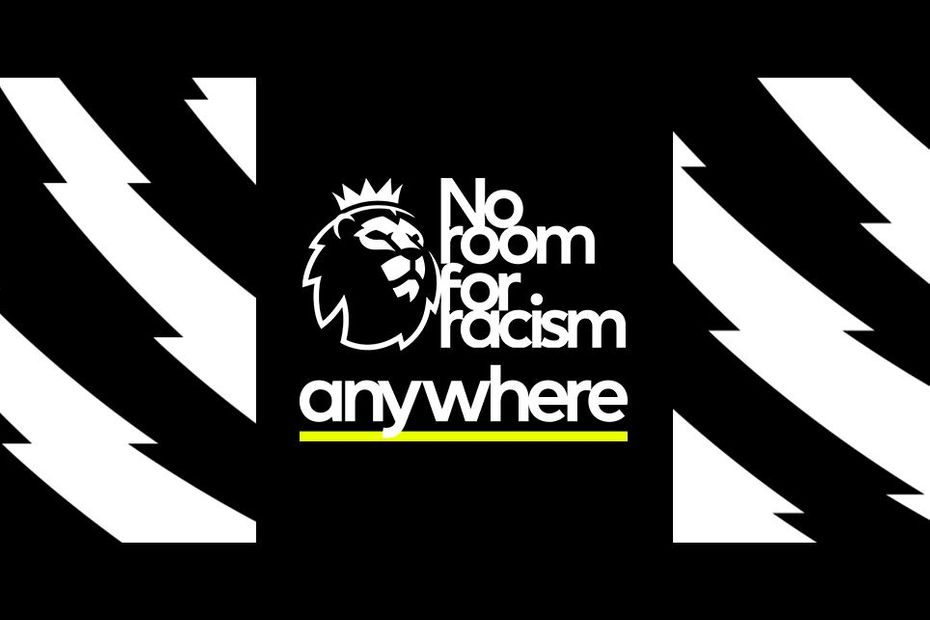 All Premier League matches taking place between 16-24 October will be dedicated to No Room For Racism, as the League and our clubs continue to urge fans to challenge and report discriminatory behaviour wherever they see it.

We have released a video to reinforce the message that there is no place for racist abuse and that fans can play a key role in the fight against discrimination.

The video reminds supporters that the introduction of League-wide sanctions at the start of the 2021/22 season means that anybody found guilty of racist abuse, whether it occurs within stadiums or online, will be permanently banned from all Premier League grounds.

Enhanced training for matchday stewards is helping to ensure they are equipped to respond to discriminatory abuse and assist in gathering evidence to ban perpetrators.

To further support the League’s long-term commitment to address racism in football and wider society, first-team players at our clubs have helped create new education resources, which will be made available to primary and secondary schools.

We continue to work alongside other authorities and organisations within the game to tackle online hate, lobbying Government and challenging social media companies to eliminate abuse on their platforms.

Through its online reporting system, the League supports any players, managers and their families who receive discriminatory abuse. A dedicated team investigates cases to identify perpetrators, with legal action taken where required.

Since 2019, the Premier League has been proactively monitoring social media platforms and has reported thousands of items of abusive content to social media companies for removal.

Premier League Chief Executive Richard Masters said: "The Premier League and our clubs are fully committed to fighting racism. Unfortunately, we are reminded far too frequently that there is more to be done.

"We urge fans to join us and show their support by challenging and reporting any form of racist behaviour, wherever and whenever they see it"

"We will do all we can to ensure action is taken, making it clear there is no place for racial prejudice in football and wider society.

"We will not stand for it in our grounds and we will continue to work with our clubs and the authorities to make sure players, managers, their families and others do not have to experience online hate.

"We urge fans to join us and show their support by challenging and reporting any form of racist behaviour, wherever and whenever they see it."

The new education resources, which will join an existing library of No Room For Racism teaching materials, feature players participating in open discussions with young people involved in club community programmes on topics such as online abuse, allyship and taking the knee.

These include Joel Matip, from Liverpool, Watford defender Christian Kabasele and Nathan Ferguson, of Crystal Palace.

The resources, which explore heritage, discrimination and allyship, are available for free to more than 18,000 primary schools across England and Wales through Premier League Primary Stars, as well as being available for use at home.

Young people on the League’s Kicks and Inspires programmes also have access to them via community-run sessions.

Earlier this year, the Premier League launched its No Room For Racism Action Plan, outlining a series of commitments to promote equality, diversity and inclusion and provide positive coaching, executive and player pathways for people from black and mixed heritage backgrounds.

For more information, go to premierleague.com/noroomforracism.

Part 2: Mings: Coady's support vital in fight against racism
Part 3: Dier: Talking is an ideal way to show allyship
Part 4: Ferguson: Diversity is our soul
Part 5: Lookman: Education is key to phasing out racism
Part 6: Matip: Taking the knee sends important message
Part 7: James: Standing up to discrimination is so important
Part 8: Townsend: Abuse can have a terrible impact
Part 9: Rice: People who are abused should never be alone
Part 10: Kabasele: We cannot give up discrimination fight
Part 11: Chalobah: It's important players set the standards