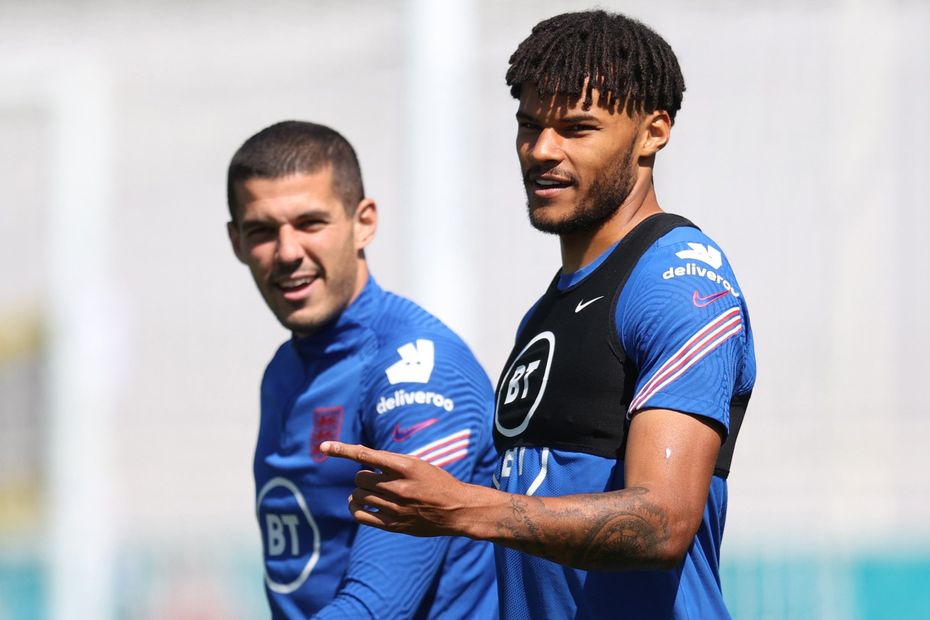 Players reinforce there is No Room For Racism
Wright: Progress being made on tackling racism
Black History Month Heroes: Dion Dublin

They may have been on opposite sides in Saturday's West Midlands derby between Aston Villa and Wolverhampton Wanderers but Tyrone Mings and Conor Coady remain united in the fight against racism.

This weekend's Premier League fixtures are dedicated to No Room For Racism, the League and clubs' fight against discrimination, and Mings says in the last year or so that this battle has been aided by players such as Coady speaking up in support of their black team-mates and rivals.

"One of the biggest [changes] in the last 12 to 18 months has been the allyship," says Mings in an interview with Dion Dublin for BBC Football Focus.

"People like Conor and Jordan Henderson speaking out, because black people have been doing this for a long time, but very rarely have we had the support from people that have never been subject to racial abuse.

"We're a very long way from being an all-inclusive society, but I think we’re certainly stirring up those difficult conversations."

Impact of taking the knee

Coady has also helped Mings to understand the wider impact players taking the knee ahead of kick-offs is having on the younger generation, sparking those "difficult conversations".

"Conor opened my eyes to the impact it is having in schools and sometimes that gets lost," Mings says.

“Any time I think that players are doubting the impact it is happening, go and speak to teachers who are having to answer difficult questions from students who are asking them what it means or ‘Can we do it in our PE lessons?’ And see how far the reach is.”

Coady can testify himself from how it had an effect on one of his children.

"It was one of the games in lockdown and my eldest loves footie," he says. "My missus sent me a video from before the game.

"We were all taking the knee on the pitch and my eldest was doing what we were doing on the pitch.

"I got home and I had a conversation with my six-year-old about why we are doing it."

As part of the No Room For Racism initiative, the Premier League and players continue to urge fans to challenge discriminatory behaviour wherever they see it.

And Mings believes the process of talking and engaging with people can play a significant role in addressing discriminatory behaviour.

"Keep challenging people," he says. "If you see it and you're not going to put yourself in danger, then challenge it; have a difficult conversation with people.

"While you might think it’s just a drop in the ocean and you can’t change somebody’s mind, you know. Report it and challenge it."

See: The full interview with Mings and Coady (via BBC Sport)

Part 1: Players reinforce there is No Room For Racism
Part 3: Dier: Talking is an ideal way to show allyship
Part 4: Ferguson: Diversity is our soul
Part 5: Lookman: Education is key to phasing out racism
Part 6: Matip: Taking the knee sends important message
Part 7: James: Standing up to discrimination is so important
Part 8: Townsend: Abuse can have a terrible impact
Part 9: Rice: People who are abused should never be alone
Part 10: Kabasele: We cannot give up discrimination fight
Part 11: Chalobah: It's important players set the standards