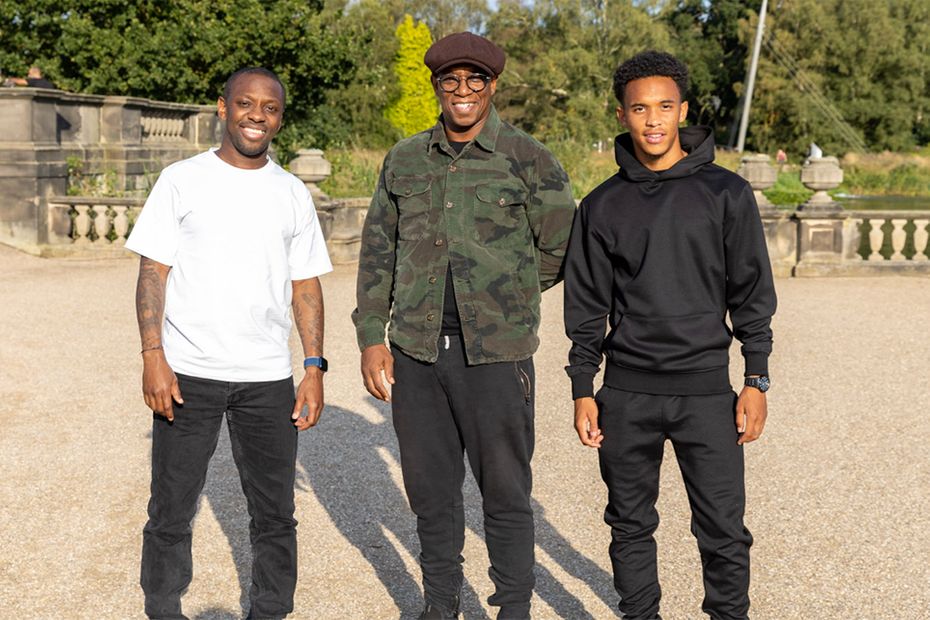 Three generations of Ian Wright's family have become professional footballers, so it gives the Arsenal legend a unique position to see how the life of a Black player in England has changed over the last 30 years.

Wright describes how seeing Black trailblazers such as West Bromwich Albion's Cyrille Regis and Laurie Cunningham star in the top flight inspired his dreams as a youngster in south London.

"Growing up in Brockley, all the guys who were very good players, they didn't make it because they didn't have anyone to look up to," he says in the video, "Football, Family and Black Excellence", by Barclays Football.

"So by the time Cyrille and Laurie came along, you could actually see someone in the first division playing against the top players. When Cyrille scored at Manchester United, I thought, 'I could do that.' "

The three generations talk about their experiences of racism and how important it is to have allies who speak out against discrimination.

Wright cites the example of Ben Mee, the Burnley captain who gave an emotional interview after a controversial banner was flown during a match at Manchester City last year, as a positive sign for the future.

"Ben saw what was going on and he spoke amazingly," Wright says. "It makes you well up.

"You see allies, like Kevin De Bruyne, James Ward-Prowse and Jordan Henderson, and progress is being made because we are starting to hear from prominent people.

"From my time to this time, you can feel the joy. There's joy coming, I can feel it."