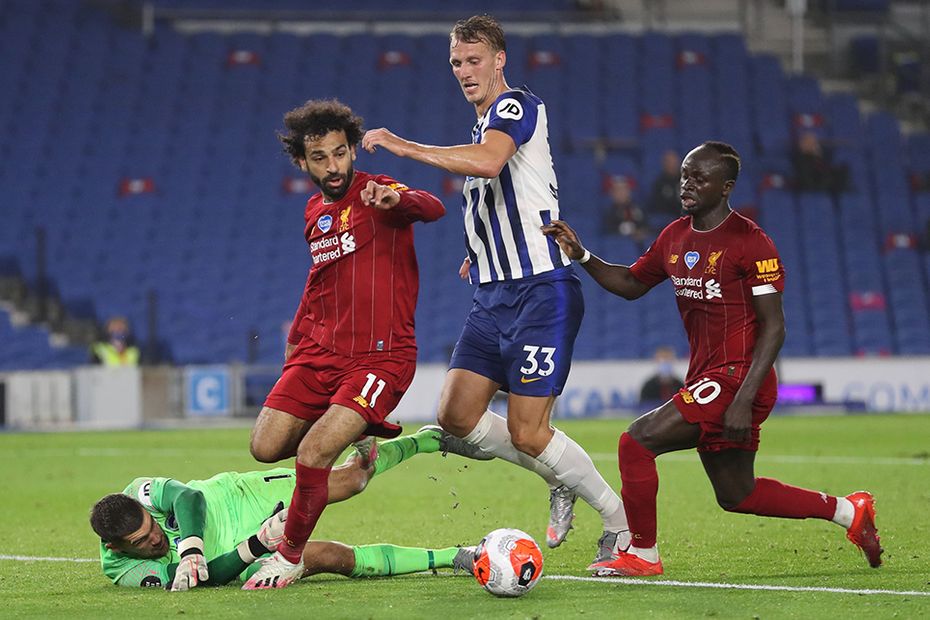 How Klopp transformed Liverpool into champions
Which Premier League records have Liverpool set?

A number of Premier League sides pressed from the front more aggressively this season.

In a clear tactical trend, 12 of the 17 teams who stayed up increased the number of times they regained possession in the final third.

This noticeable change in approach is likely to be partly influenced by the new goal-kick law, which allows goalkeepers to pass to a team-mate inside their penalty box.

With more teams looking to pass the ball out from such a position, managers are laying pre-planned traps in a bid to win the ball in dangerous areas.

However, the new goal-kick law is not the sole reason behind the rise in pressing, or counter-pressing, in 2019/20.

Over the last four seasons we have witnessed a steady increase in the number of times possession has been turned over in advanced areas.

For many managers, the importance of transitions is growing all the time.

With the fashion to play out from the back showing no signs of decline, there are certainly better and more frequent opportunities to steal the ball high up the pitch.

There is now a braver mentality off the ball, with teams being more willing to press higher, rather than automatically dropping into a low defensive block.

Picking the right moments to close down can often be the key to victory.

Now playing under Carlo Ancelotti and Jose Mourinho, they regained possession in the final third 21.1 per cent and 17.7 per cent less often respectively in comparison to the previous season.

On the other hand, inspired by Ralph Hasenhuttl and Graham Potter, Southampton and Brighton & Hove Albion were far more proactive in their pressing.

They each jumped by at least a third when it came to advanced turnovers.

Brendan Rodgers’ influence at Leicester City was notable too, as was the more youthful and energised style of Ole Gunnar Solskjaer’s Manchester United.

Meanwhile, Jurgen Klopp's famed use of "gegenpressen", or counter-pressing, helped Liverpool to the biggest rise in final-third turnovers.

The champions had backed away from the frenetic style with which they closed down opponents with relentless energy early on in the German’s tenure.

This season they reverted to that high press with outstanding success.

In 2018/19, only three Reds players won possession in the final third more than 20 times, those being Mohamed Salah, Roberto Firmino and Sadio Mane.

But this season Jordan Henderson and full-backs Andrew Robertson and Trent Alexander-Arnold joined the front three more regularly to steal the ball back in advanced positions, doing so 28, 25 and 20 times respectively.

Liverpool are once again the best in the business at this aspect of the game, and their title triumph underlines how effective a well-coordinated press can be.

Other managers will doubtless be seeking further improvements of their own in this area ahead of next season.