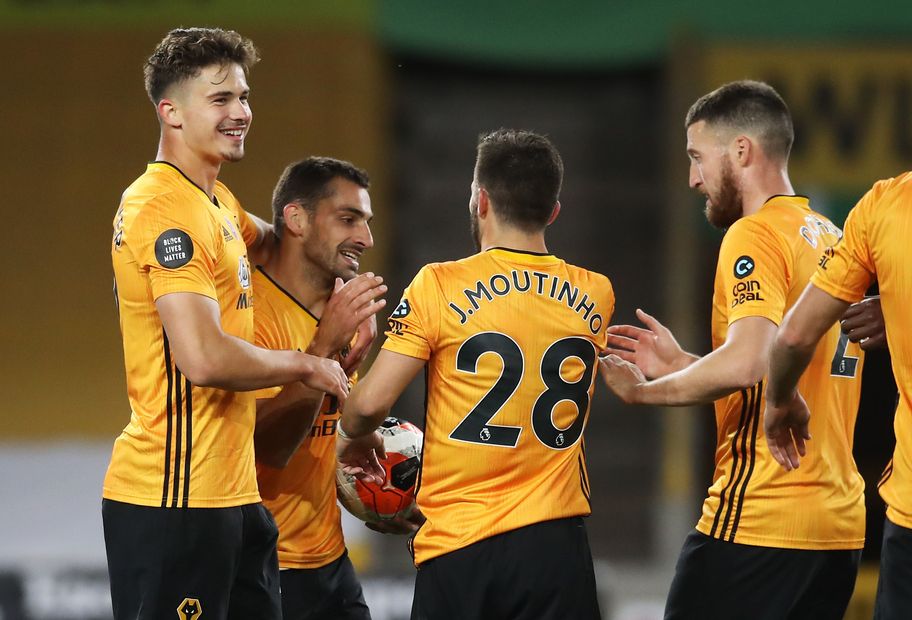 Season trends: Tackles tumble behind closed doors
Which Premier League records were broken in 2019/20?
'Wolves showed me there was a reason to be alive'

This campaign, 3-4-3 became one of the most fashionable formations.

Wolverhampton Wanderers played in that system 21 times, the most of any side, and Nuno Espirito Santo's success with it inspired other head coaches to follow suit.

Graham Potter sporadically used it at Brighton & Hove Albion, and in the second half of the season Aston Villa, Leicester City and Arsenal all experimented with it too.

In total, 10 different sides tried their luck in a 3-4-3 formation.

Back in 2015/16, this shape featured in just one Premier League match.

Very much in vogue, 3-4-3 can no longer be considered an unusual tactical shape.

It remains the first choice for Liverpool and Manchester City, but elsewhere it has fallen out of favour.

At Manchester United, Ole Gunnar Solskjaer switched to 4-2-3-1, which worked wonderfully well once Bruno Fernandes arrived in January to play in the No 10 role.

And Chelsea head coach Frank Lampard has adopted a more flexible approach than his predecessor Maurizio Sarri, who used 4-3-3 in all 38 of his Premier League matches in charge.

The popularity of strike partnerships also rose in 2019/20.

Sheffield United remained loyal to the 3-5-2 formation that helped earn them promotion.

Meanwhile, at Goodison Park, Duncan Ferguson and Carlo Ancelotti both preferred Everton in a traditional 4-4-2 shape.

The success of the partnership between Richarlison and Dominic Calvert-Lewin was arguably their biggest positive in a difficult campaign.

Between them, they improved their points tallies by a combined 27 points on the previous campaign.

It will be fascinating to see if more clubs use two strikers in 2020/21.