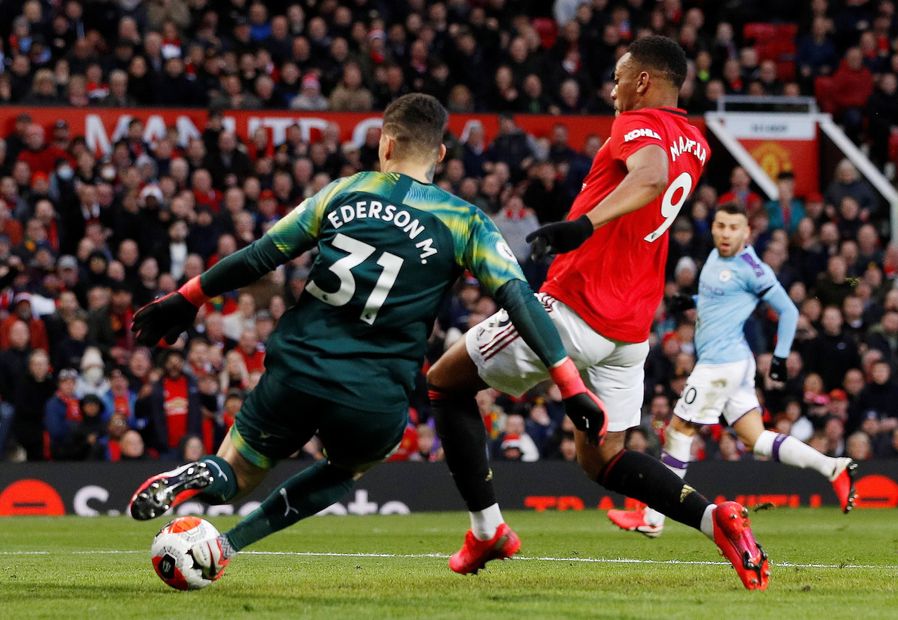 Shortly-taken goal-kicks were on the up ahead of the 2019/20 Premier League season but a new law has revolutionised how they are being taken.

In the past, goalkeepers could only pass to a player who was outside their penalty box. But now they are allowed to pick out a team-mate inside the area too.

It has led to a series of innovative goal-kick routines, with many managers encouraging their teams to pass out from the very back.

Meanwhile, opposition managers are trying to take advantage of this shift in style.

They are setting up defensive traps to stop their rivals at goal-kicks, and these are not always easy to bypass.

Watching this fresh game of cat and mouse has been a fascinating development that has created several memorable moments.

Short goal-kicks are classified by Opta as restarts with passes that end less than 40 metres from the team's own goal.

Playing out from the back like this has become popular because many managers believe it is a more effective way to build attacks compared with traditional long clearances, which effectively become 50-50 duels.

During the course of the 2019/20 campaign that idea has been proven correct.

The average distance a team have reached in possession from their short goal-kicks is 49 metres.

From hopeful longer goal-kicks, that average progression with the ball falls to 38 metres.

Who does it best?

Manchester City have taken advantage the most. The champions progress the ball from short goal-kicks on average 61.8 metres.

Arsenal have decided to attempt far fewer short goal-kicks since Mikel Arteta took charge and are the team who have progressed the least in this department.

Arteta's team have progressed the ball on average 40.5 metres from their own goal over the course of the campaign.

But, interestingly, every single Premier League team have on average had more success progressing the ball up the pitch from short goal-kicks than those of the longer variety.

The downside of trying to pass out from the back in such an orchestrated manner is the possibility of losing possession in a dangerous area.

Across the 288 matches played so far, nine goals have been conceded as a direct result of turnovers from a short goal-kick.

By comparison, we have witnessed only two goals conceded from longer kicks.

Looking at the tables above, it is interesting to note that short goal-kicks are leading to more efforts on teams' own goal than at the other end of the pitch.

As an aggregate, six more chances have been given away than created.

So while the difference is small, playing in this way currently seems to offer more risk than reward.