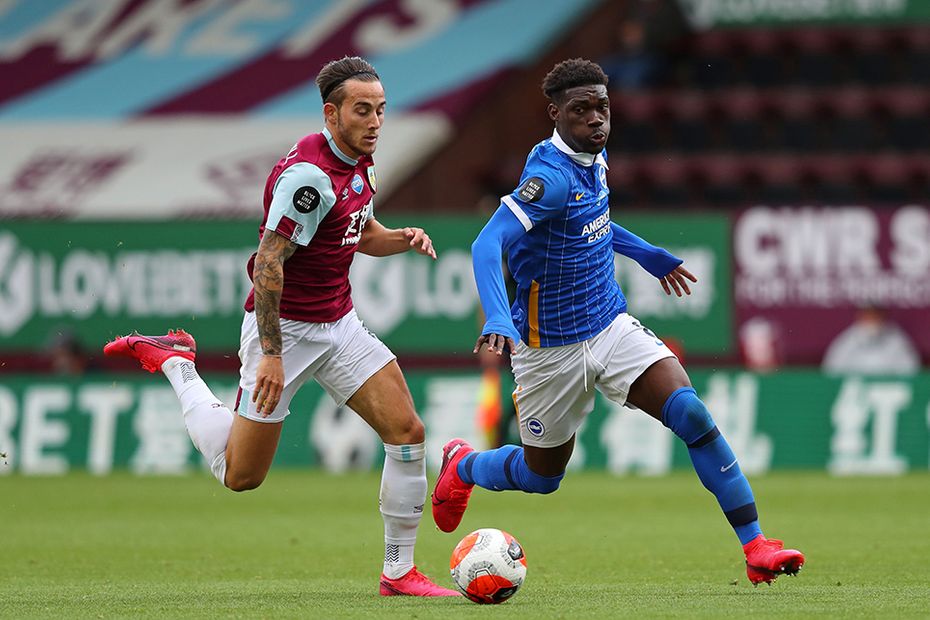 More teams challenged top sides with positive, possession-based game in 2019/20 than ever before, writes Adrian Clarke

The Premier League’s improved strength in depth had an impact on the type of matches fans watched across the campaign.

Brighton & Hove Albion and Norwich City are just two examples of sides competing in the bottom half who set out to play possession football.

In fact, this became a trend across the entire league as managers and head coaches outside of the traditional "big six" adopted a more positive mentality than they have in the past.

Because of this added quality teams were capable of keeping the ball with greater patience, which resulted in more football being played in the middle third than we have seen in previous years.

In 2006/07, the first season Opta recorded the number of passes that ended in the final third, this accounted for almost 38 per cent of the total distribution of Premier League teams.

During the last campaign that number dropped to an all-time low of just 28.7 per cent.

Taking the game to top sides instead of retreating as a matter of course, this style change from lower-placed teams meant more than 2,000 fewer passes ended in advanced areas compared with 2018/19.

How passing has changed

Sheffield United and Burnley, who finished ninth and 10th respectively, produced the most "long passes" in 2019/20, yet neither could be labelled as direct sides.

Following a pattern seen across the top flight they mixed up their distribution and were comfortable holding on to possession when it suited.

The Blades made more accurate long forward passes than any other Premier League team.

Chris Wilder's men, who used two hardworking strikers to run the channels, systematically advanced up the pitch in this way to gain territory.

As a result, they pushed opposing teams back and made more passes inside the final third than the likes of Leicester City, Tottenham Hotspur and Arsenal.

Most passes ending in final third

Manchester City were the best team at pinning the opposition back inside their own defensive third.

Pep Guardiola's side enjoyed 19 per cent more passes in that advanced area than champions Liverpool.

Fast transitions became more prominent and the 11 per cent shot conversion rate across the competition was the second-highest on record.

This resulted in a season packed with goals, 1,034 of them in total.

The average of 2.72 per match was the third highest in the last six seasons.