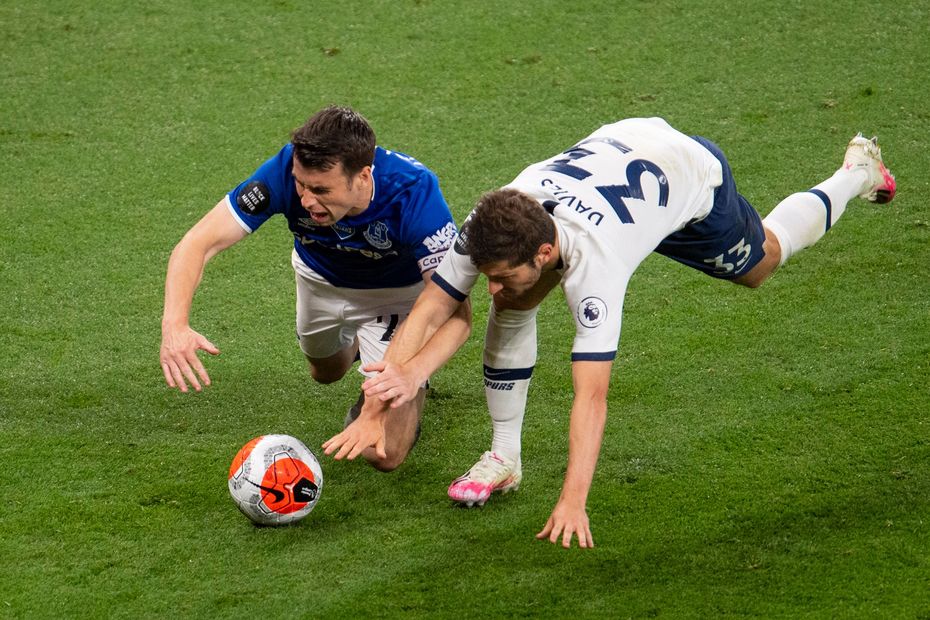 Adrian Clarke analyses how the Premier League was different in post-lockdown matches, including fewer challenges but more fouls

Season trends: High press more popular than ever
Which Premier League records were broken in 2019/20?
Alan Shearer picks Team of the 2019/20 season

There have been fewer tackles in Premier League matches since the season resumed behind closed doors.

Before the COVID-19 pandemic forced the campaign to be postponed in March, there were on average 33.7 tackles per match.

This continued a downward trend since 2006/07, when the figure was 47.5 per match. And the numbers have dipped even more post-lockdown.

Without supporters inside the stadiums, there have been just 29.4 tackles per fixture.

Has the absence of fans made players less combative? Perhaps.

Nine of the 10 full Matchweeks that took place behind closed doors were below average for the frequency of tackles. And five of the season's lowest six totals arrived after Matchweek 30.

Interestingly, despite the decrease in the number of tackles, there were more fouls.

Players may have lost some of their sharpness during lockdown and then mistimed more challenges when they returned.

The lack of noise inside the grounds is also a possible a factor.

With contact between players more audible in an empty stadium, officials may have been able to spot fouls a little easier.

Tackles and fouls per match

Yet interestingly, in spite of the increase in fouls, there were fewer yellow and red cards than usual in matches played since June.

Prior to the break there were on average 35.1 yellow cards per Matchweek, or 3.51 per fixture.

But from Matchweek 30 onwards, that average dropped to 29.2 cautions across the 10 fixtures, or 2.92 per match.

And in terms of sendings-off, there was one red card per Matchweek post-lockdown, down from 1.2 across the first 29 weeks of the season.

Although a sample size of 92 fixtures is not large enough to draw any definite conclusions, it does appear that Premier League football has changed without supporters inside the grounds.