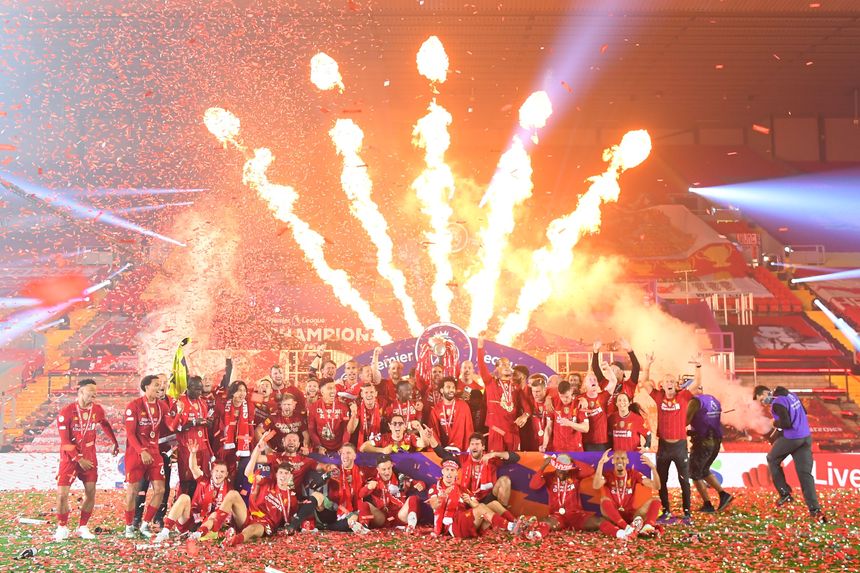 As well as lifting the Trophy for the first time, find out which marks Jurgen Klopp's team have beaten or matched in 2019/20

As well as claiming their first Premier League title, Liverpool have also been rewriting the history books this season.

We look at the Premier League records they have set or matched in 2019/20.

Biggest lead at the top

Liverpool have had a 25-point lead this season, the biggest ever in English top-flight history.

Most home wins in a row

They went on to extend this record to 24 with wins over AFC Bournemouth, Crystal Palace and Aston Villa at Anfield.

By claiming the title with seven matches to spare Liverpool beat the mark set of becoming champions with five matches remaining, set by Manchester United in 2000/01, and Man City in 2017/18.

Most points won over 38 matches

With their 1-0 win at Tottenham Hotspur on 11 January, Liverpool set a record of 104 points from 38 Premier League matches, beating the 102 achieved by Manchester City and Chelsea, ending in 2018 and 2005 respectively.

The 3-1 victory at Brighton & Hove Albion on 8 July was the Reds' 30th this season, and they achieved that mark in a Premier League record of 34 matches.

When Liverpool reached 61 points from their opening 21 matches, it was the most a team had ever accumulated at that stage in any of Europe's top five leagues.

They went on to extend their record, winning their following six fixtures to rack up 79 points from their first 27 matches before losing at Watford.

Most home wins in a season

Liverpool's 5-3 victory over Chelsea means they joined the Blues, Man Utd and Man City in winning 18 home matches in a Premier League season.

Most victories in a season