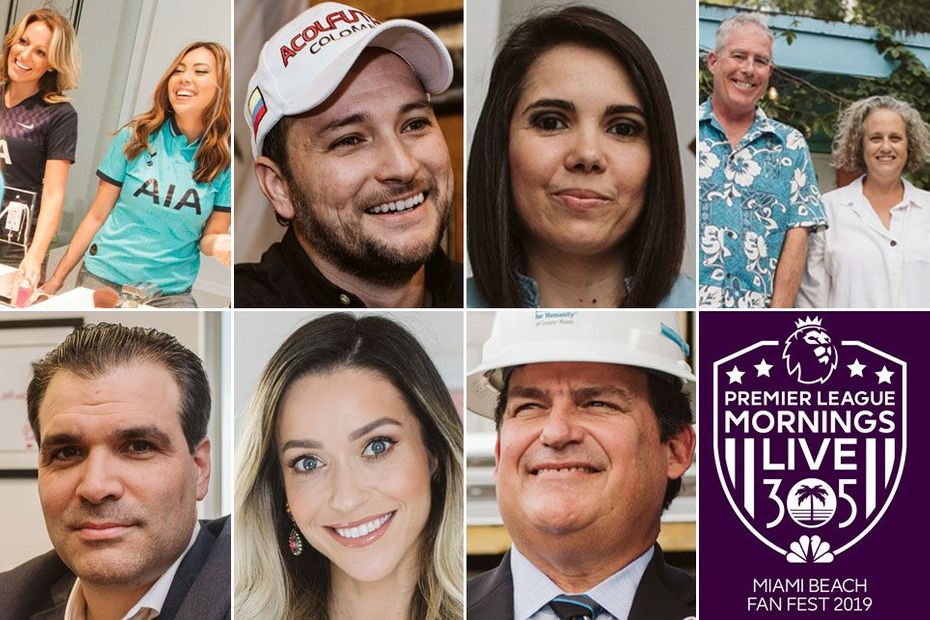 There was Erin, a Miami YouTuber with a deep passion for Chelsea FC (and Rebecca Lowe).

Giovanni is an international lawyer who never fails to let his office know about his love for Arsenal.

Annie and Janelle are two best friends and Tottenham Hotspur fans who have been brought closer than ever by their routine for watching the Premier League in the mornings.

Married couple Nicohle and Chris have not let divided Merseyide loyalties get in the way of their 30 years together, with even their dogs taking sides in this friendly Premier League rivalry.

Mario, a Floridian who devotes his life to his community, and to his club, Manchester City.

A hurricane did not get between Christian and his support for Newcastle United, while Cristy's passion for the game is portrayed through beautiful works of art, especially of her beloved Manchester United.

Find out their stories below.