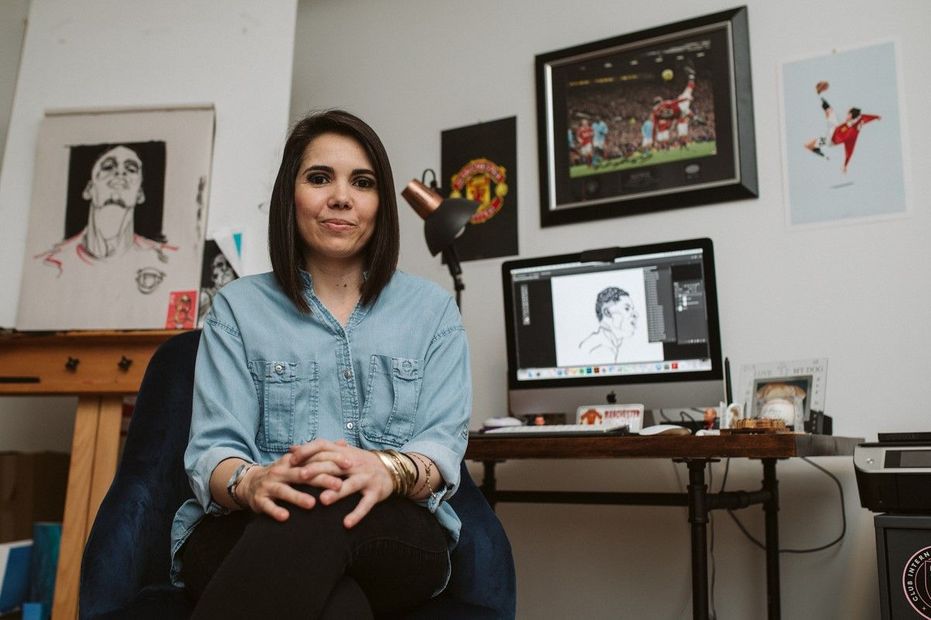 As Premier League Mornings Live comes to Florida, a Manchester United fan describes how her passion for the game results in beautiful works of art

Meet Cristy, a Manchester United fan whose passion for the game results in beautiful works of art.

"From a young age, I was always drawing or picking up crayons and things like that. It’s been a passion of mine since I was a child. And I love soccer. I think it’s the greatest sport in the world. Those are definitely my two passions.

"Hincha FC is the small [design] brand that I’ve started. It’s my way of sharing my passion for the game and also connecting with other fans that love the sport as much as I do. I’m hoping to grow that further and have my artwork take off.

"Wayne Rooney is definitely one of my favorite players. When I saw [his] bicycle kick [against Man City] I got chills. You can watch it over and over again and you can’t get tired of it. I was like, 'I need to put my own spin this goal. I want to try to bring it to life.'

"When I’m working, I’m thinking about the specific moment and I’m really trying to capture their emotions. That’s really important to me, and I’m hoping it comes across in the piece that I’m working on."