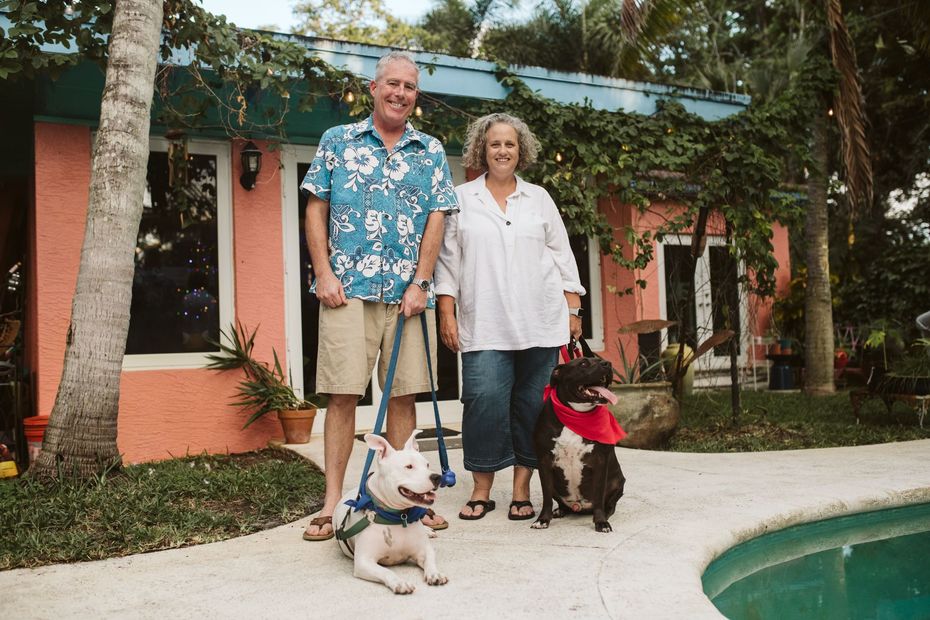 Meet married couple Nicohle and Chris, who have not let divided Merseyide loyalties get in the way of their 30 years together, and even their dogs have taken sides in this friendly Premier League rivalry.

Nicohle is a Liverpool fan and Chris supports Everton, while one of their dogs, Diesel, is a Red, while the other, Allie, is a Toffee.

“We've each bonded with one of our dogs, so our dogs are our favorites," Chris says. "I have quite a few photos of Allie posing with me in my [Everton] kit. Since Allie’s my dog, she is the Blue.

Nicohle adds: "We've been together almost 30 years. We get along. He's my best friend. I support Liverpool. Chris supports Everton. I forgive him for that. And I think he forgives me for my support. It's something we look forward to on the weekends."