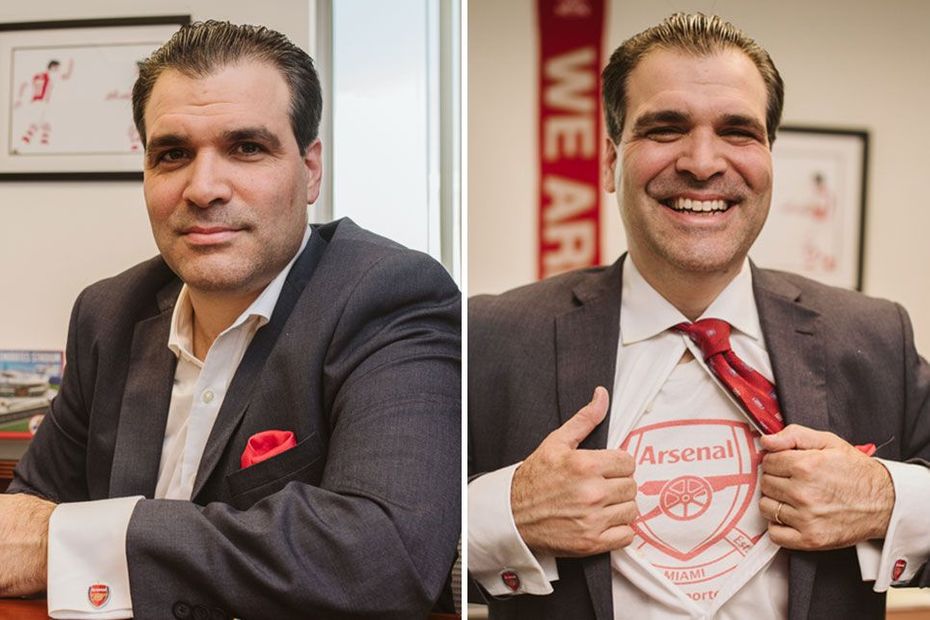 Ahead of Premier League Mornings Live's visit to Florida this weekend, a Miami lawyer explains how he shows his love for Arsenal in the office

Meet Giovanni, an international lawyer who never fails to let his office know who he supports.

"I'm a commercial litigator," Giovanni says. "Mostly that involves two big companies suing each other for a lot of money.

"I try to represent [my love for] Arsenal when I can at the office. It’s the little things [like] I’ll slap on my Arsenal cufflinks.

"When I started going to the pub for midweek matches, I had to pick between the first half and the second half to go for my lunch break. I would wear my Miami Arsenal t-shirt below my dress shirt. Just to kind of show, 'Look, I’m all dressed up, but I’ve got my Arsenal underneath.'

"There is a small subculture of white-collar professionals that go out to the pub to watch a midweek Premier League fixture.

"You kind of find out, 'Oh, that’s an accountant' or, 'That’s another lawyer at a different firm.'

"And you can make some connections that way with people trying to get away to watch their favorite club."