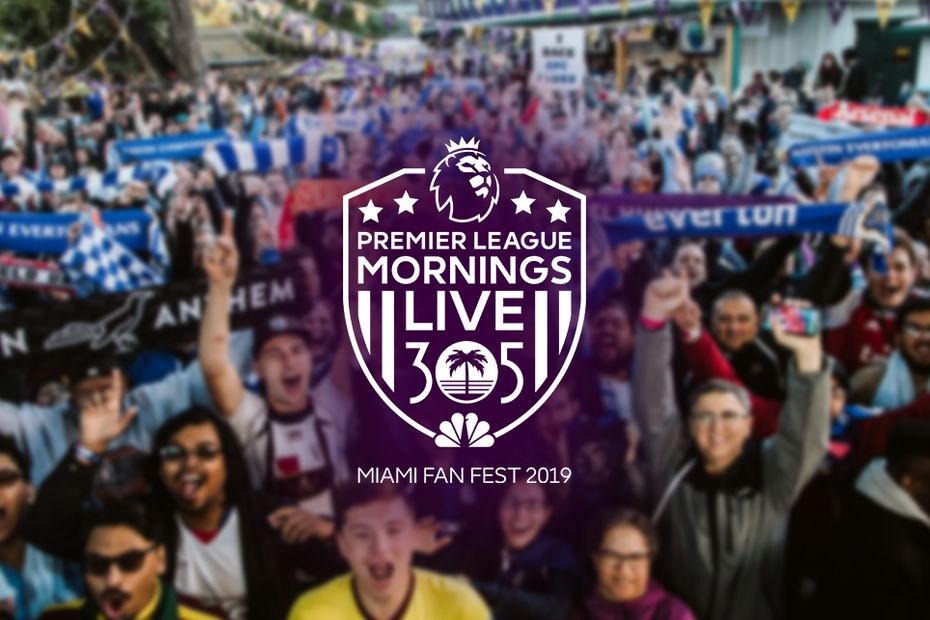 The Premier League Trophy, club mascots and special guests will be in attendance at the event, which fans can attend for free by signing up at nbcsports.com/PremierLeagueMorningsLive.

The Miami fan festival will be the second of three Premier League Mornings Live supporter events that the Premier League and NBC Sports will present during the 2019/20 season, following October’s event in Austin, Texas.

The group will be joined by special guests throughout the day, helping to bring the fan festival to viewers across the country.

"We are excited to take Premier League Mornings Live to Miami, a city with a passionate sports following, after a successful first event of 2019/20 in Austin," Premier League Interim Chief Executive, Richard Masters, said.

"It has been great to bring the Premier League experience to more fans across the United States and we look forward to seeing new supporters in Florida.

"NBC Sports will once again be helping us deliver an action-packed weekend, direct from South Beach, with many of our clubs joining us for free, family-friendly activities in a unique location."

"Miami fans, we look forward to celebrating Premier League soccer with you soon!"

As well as presenting from Miami, NBC Sports will take cameras to additional cities around the country to showcase "live look-ins" of passionate Premier League viewing parties.

In addition, Miami-based Telemundo Deportes, the Spanish language home of the Premier League in the U.S., will have its biggest-ever fan festival presence.

"Coming off another successful Fan Fest in Austin, Texas, we are looking forward to kicking off the holiday season with our next event in South Florida," NBC Sports Chief Marketing Officer and Executive Vice President, Content Strategy, Jenny Storms, said.

"Miami fans, we look forward to celebrating Premier League soccer with you soon!”