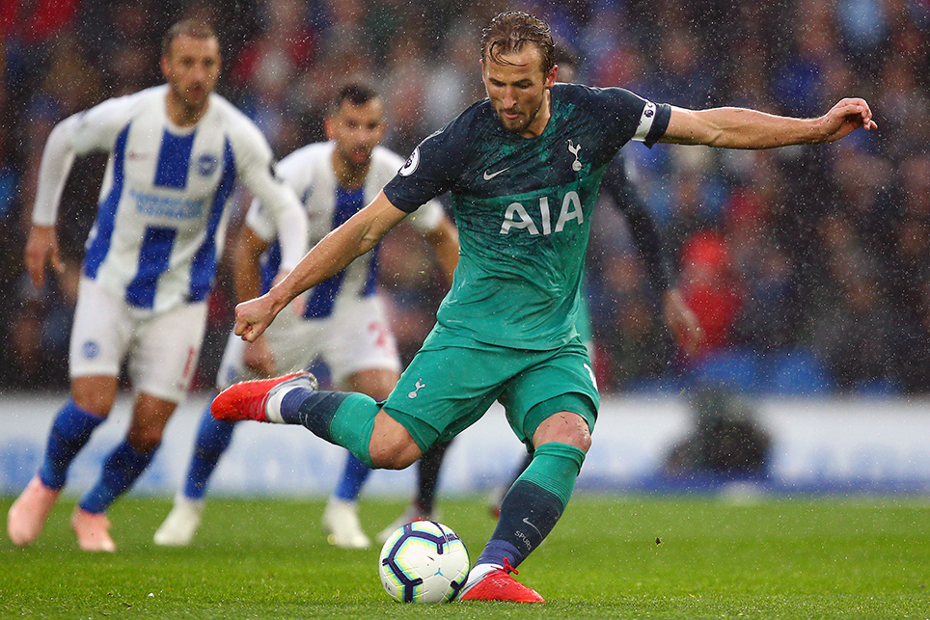 The Tottenham Hotspur striker seems to have rediscovered his eye for goal ahead of their trip to Huddersfield Town.

Kane ended a two-match scoring drought by netting the opener in a 2-1 win at Brighton & Hove Albion last weekend.

He was also awarded the maximum three bonus to tally nine points. That was his second-highest haul of the season.

Kane's 25 per cent ownership will take encouragement from his underlying statistics.

He recorded four shots on target in Gameweek 6, more than any other player.

That matches his four shots on target over the first five Gameweeks.

Kane's improved accuracy looks ominous for the Terriers, who have struggled defensively.

No side have conceded more goals than Huddersfield's 14.

They also rank third bottom for shots faced this season, with 95.

Kane arrives at the John Smith's Stadium having impressed on his travels this term.

He produced a goal and an assist in the 3-0 win at Manchester United in Gameweek 3.

The forward also has history against Huddersfield, scoring twice in a 4-0 win in the corresponding fixture last season.

In a Gameweek where Eden Hazard (£10.9m) and Mohamed Salah (£12.9m) go head-to-head, Kane is shaping up as a big captaincy alternative.